It’s fourth of July people and what’s a holyday without a little fun. Well the thing is when you have Kathleen’s last name you might want to watch what you post online.

Accoridng to reports, the image of Trump’s pinata got over 200 likes before she took it down. 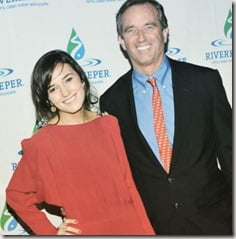 Her father has been married three times. Kathleen “Kick” Kennedy was born April 13, 1988 and was

named after her great aunt. She and brother, Robert Francis Kennedy III born in 1994, are the product of their father’s first marriage to, Emily Ruth Black. 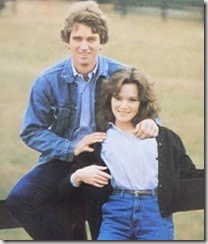 Kennedy is currently married to actress-director Cheryl Hines whom he wedded in 2014.

Last year it was reported Robert Kennedy had to step in and was said to be furious at his socialite daughter Kyra for her raunchy expose of her Instagram photos. Kyra who is Kick’s half sister had also been trying to get into a bar while using Kick Kennedy’s passport but couldn’t remember her half-sister’s birthday and was caught looking up the date of birth on Wikipedia by a security guard. 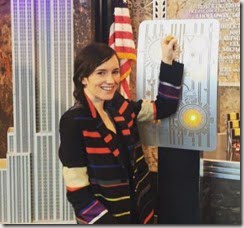 Kathleen Kick Kennedy ditch the family business and chose the entertainment world. After forays on TV’s “The Newsroom,” “Gossip Girl” and “Curb Your Enthusiasm” she made her theater debut in “Antigone,” back in 2014.

The Stanford University grad was in a relationship with Paul Simons’ son Harper Simon but split after a few months of dating. The couple had met in 2013 at a party for social network ASmallWorld in Morocco.

Kathleen Kick Kennedy has been trying to focus in her acting career but a girl has got to work and according to her LinkedIn, the 27-year-old who holds a bachelor degree in history, is a marketing and communication associate at Robert F. Kennedy Human Rights.

She has also been involve in a number of other gigs, but her summary reads “Hard-working, ambitious, and focused on positive results and efficiency. Reliable, well-organized and capable of taking initiative. Excellent verbal communication and creative problem solving. Technological proficiency with expertise in social media strategy. Reliable performance in high demand, fast-paced environments.”

You can check out Kick Kennedy on Instagram here.