Alma Powell and her husband Colin Powell are considered to be one of the strongest political marriages, in the U.S history is facing some serious allegations. We are going to tell you a thing or two about the marriage of more than 50 years between Audiologist Alma Powell and former military and political figure Colin Powell.

First thing we need to point out if the mess around the Powell after a computer hacker revealed some of Powell’s emails, former Secretary of State Colin Powell denied having an affair with Romanian politician and diplomat, Corina Cretu.

Can you imagine Alma, now a 75-year-old woman shock and devastation! Alma’s husband, Colin has since denied the accusations of an affair but has admitted the e-mail correspondence with Romanian Corina Cretu. You can read Colin Powell’s full statement here. 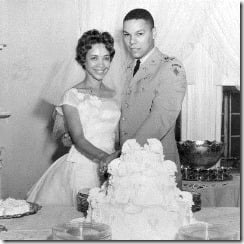 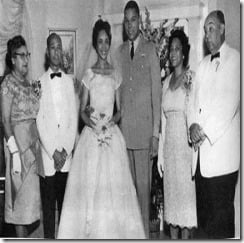 In 1962, she met her future husband, General Colin Powell, and was married the same year in Powell’s hometown of Birmingham. Even though they tied the knot just two weeks after he proposed back in August 25, 1962, their relationship indeed has endured and blossomed over the years.

The couple met on a blind date in November 1961 in Boston, Massachusetts. It was the first blind date for both of them! I guess when you know, you know huh! Powell a Harlem, New York native knew she was the one rather quick!

They have shared so much, their public appearances are countless and they have always stick for each other. 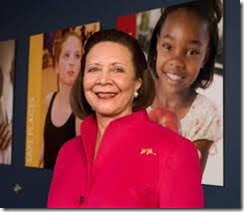 On a more personal note, here is a small biography on Mrs. Powell.

With that in mind, Let’s  start by telling you that Alma Vivian Johnson Powell was born on October 27, 1937 in Birmingham, Alabama to Mildred Elisa Bell and Robert Charles Johnson. Powell is the eldest of two daughters. She attended Pratt Elementary School and Parker High School. Powell’s father was her high school principal. She graduated in 1954 and went on to Fisk University in Nashville, Tennessee at the age of sixteen. In 1957, Powell graduated from Fisk University with a B.A. degree.

On the professional field we found, Powell’s first job was as a radio show host. She had a show called Lunching with Alma that featured women’s news and lunchtime listening music. One year later, Powell decided to move North to Boston, Massachusetts.

There, she went to Emerson University to study pathology and audiology. Between 1958 and 1962, Powell worked for the Boston Guild for the Hard of Hearing as an audiologist.

Powell traveled around the world with her husband and family as her husband rose to the rank of general in the U.S. Army.

A mother, a wife and a successful woman that has been awarded several times including the doctorate of humane letters from Emerson College in 1996. The Pew Center for Civic Change Award in 1997; and the Washingtonian of the Year Award for 2000.

In the meantime, we’ll see how this unfolds, her demeanor as a respected woman and supportive, loving wife might be shattered but our guess is she’ll stayed behind her husband.