Sara bint Mashoor bin Abdulaziz Al Saud’s husband also known as MBS –serves as Prime Minister and has been called, the real power behind his father’s throne. His father took the throne in 2015, following the death of King Abdullah.

MBS was born August 31, 1985; he is the son of King Salman and his third wife, Princess Fahda bint Falah Al Hathleen. Rumors say he has kept his own mother from seeing the King –for the last two years. According to the Telegraph he’s also been accused of imprisoning other relatives.

MBS attended school in Riyadh, the country’s capital. He holds a law degree from King Saud University, where he graduated second in his class. 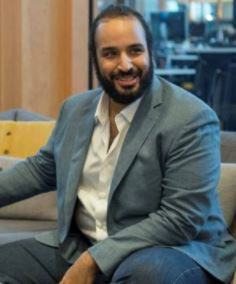 Like most Saudi Arabian women, she can’t be seen in public. Sara bint Mashoor bin Abdulaziz Al Saud and MBS have since welcomed four children together. She is the proud mother of two boys Prince Salman and Prince Mashhour; and two girls, Princess Fahda and Princess Nora.

Princess Sarah bint Mashhoor bin Abdulaziz Al Saud and her husband are extremely wealthy. According to the Sun, his fortune exceeds the $3 billion. The family also owns “the most expensive house in the world” –located near Versailles.

Prior to entering politics, Sara’s husband held different positions including serving as secretary-general of the Riyadh Competitive Council.

In 2009 he became a personal aide to his dad when he was still governor of Riyadh.  When his father took the throne he was elevated to the positions of Defense Minister and Deputy Crown Prince.