Marina Wheeler is the lovely wife of MP and former mayor of London Boris Johnson. Her 52-year-old husband who campaigned for Britain to exit the European Union, scored a major victory and is now a leading candidate to succeed Prime Minister David Cameron.

Her politician and journalist husband, was born June 19, 1964 in New York. Boris began his career as a journalist and newspaper editor at The Times and then The Daily Telegraph after graduating a King’s Scholar from Eton College.

As a mayor (2008-2016) he is known for introducing a bicycle sharing system called Barclays Cycle Hire and banned the use of alcohol on public transportation.

That being said, his wife Samantha Wheeler could become the next ‘first lady’ let’s find out more about her. Marina Wheeler is Johnson’s second wife.

Her husband was previously married to Allegra Mostyn-Owen. His first marriage ended after seven-years in 1993.

Marina Wheeler and her husband are actually childhood friends. They reunited in the 90’s after she moved to Brussels due to her work. By 1993 the couple had wedded.

Marina Wheeler and her husband are the proud parents to five children; two daughters and three sons.

Thought the couple has remained married all this time, it hasn’t been all blissful happiness. In 2009 Johnson fathered an illegitimate daughter with arts consultant, Helen MacIntyre. As a result Marina threw him out of the family home for some time. 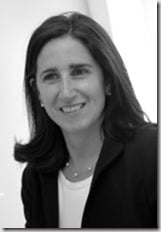 But Marina Wheeler is not your average politician, housewife. She is a barrister and daughter of journalist and broadcaster Sir Charles Wheeler and his wife, Dip Singh.

According to a website, Marina Wheeler specializes in Public and administrative law, human rights and employment law. Before starting work at the Bar, she obtained a Master’s Degree in EU law and worked in Brussels specializing in competition and environmental law.

Her public law and human rights work focuses on mental health, prisons, social care, armed conflict, education and privacy. Her employment work is varied but she is instructed frequently in difficult discrimination cases. She is a member of the Attorney General’s A Panel of Counsel and currently undertakes a significant volume of work for government departments, local authorities and the NHS.

Work for the NHS includes advice and representation in service reconfiguration cases involving challenges to the adequacy of consultation, alleged breaches of legitimate expectation and the Public Sector Equality Duty.

Marina Wheeler also has considerable Inquest experience especially where the deceased has been detained or received support in the community.

She has extended experience, you can check out a full list of significant cases here. She has been appointed Volunteer mediator with Common Ground by the  East London Community Mediation Service and member of restorative justice programme. From 2004 until 2010 she served as attorney General’s B Panel of Counsel. From 2009 until 2013 she was named Barrister Member of Bar Disciplinary Tribunal.

The senior human right lawyer, was appointed to the prestigious legal position of Queen’s Counsel at a ceremony in central London last February.