Kirsten Farage is the lovely wife of Member of the European Parliament, Nigel Farage. Her 52-year-old Ukip leader husband celebrates the Brexit as the UK becomes an independent nation from the European Union.

Born on April 3, 1964 in London, England, Nigel Paul Farage is the son of a stockbroker father. Coming from a privileged family, Nigel attended Dulwich College, a prestigious private school in London.

The former commodities trader, was elected in 1999. He has used his experience of the EU to increase awareness of its activities back home in the United Kingdom. Nigel was re-elected Leader of the UK Independence Party in November 2010.

A firm believer in Independence for the United Kingdom he is a proponent of free speech and has faced considerable hostility from his political opponents for speaking out in favour of free and fair referendums on the transfer of power from elected politicians to the EU.

In his very rare spare time he likes fishing, country sports and traditional English pubs. However, most of his time is spent travelling around the country and other countries in the EU. 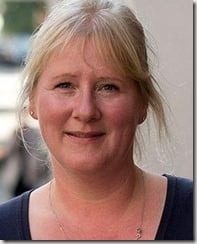 Kirsten a former bond-trader was born in Hamburg, she and Nigel met in Frankfurt in 1996, while he was travelling on business. She gave up her career in the City, where she worked as an interpreter for a German bank, to become a mother.

Kirsten Mehr is actually Nigel Farage’s second wife. The German born, wedded Nigel in 1999. Her husband was previously married to first wife Gráinne Hayes, the couple produced two children, sons Samuel born in 1989 and Thomas born in 1991; and divorced in 1997 after a 9-year-marriage.

Kristen Farage and her husband are the proud parents of two daughters, making a total of four children in her husband’s case. Kristen Farage first gave birth to Victoria in 2000, the couple welcomed second daughter, Isabelle in 2005.

Kirsten Farage is a public figure due to her husband’s role in politics but not by choice. She has stood by his side despite several cheating scandals and little is known of Mrs. Farage. She is rarely seen in public, so is pretty obvious she does not enjoy being on the spotlight.

The husband-wife duo actually work together, Kirsten Farage works at the European Parliament as her husband’s secretary, back in 2014 Nigel said he had employed his wife as his secretary at public expense, alleging “nobody else could do that job”

In that position Kirsten Farage earns between £25,000 and £30,000 a-year from EU funds. Her duties include writing his emails and getting him briefed, besides fulfilling all the wife and mom duties since she works from home.