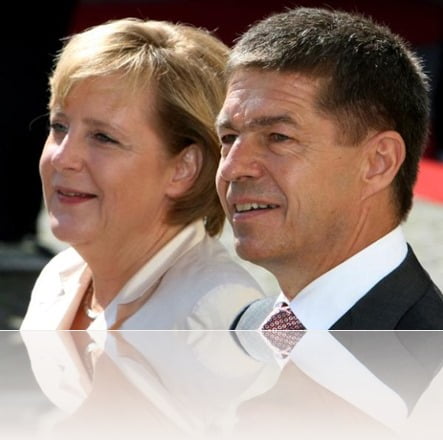 German Chancellor Angela Merkel was injured during a skiing accident in the Swiss Alps, it is unknown if Mrs. Merkel was in the company of her children and husband Joachim Sauer.

German chancellor Angela Merkel was actually born Angela Dorothea Kasner on July 17, 1954 in Hamburg, Germany to Horst and Herlind Kasner. She took her first husband’s last name Merkel when they got married ion 1977, that man would be Ulrich Merkel a physics student with whom she remained married until 1982, they had no children together.

Her second husband is Quantum  Chemist and profesor Joachim Sauer.

Like his wife Prof. Sauer has been previously married, unlike his wife he had children, two boys Adrian and Daniel. Joachim Sauer and Angela Merkel got married on December 30th, 1998. 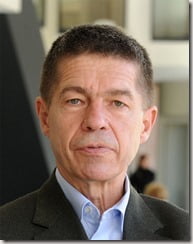 64-year-old Joachim Sauer was born in Hosena, Germany on April 19, 1949. He studied chemistry at the Humboldt University of Berlin, received his diploma in 1972 and doctorate in 1974, in 1977 he joined the Academy of Science, Central Institute of Physical Chemistry in Berlin.

From 1990 to 1991 he was named Deputy Technical Director at BIOSYM Technologies where he remained an advisor until 2002.

In 1991 he was awarded with the Lecturer Award  of the German Chemical Industry Fund and received the Chemistry Award of the Academy of Sciences of Gottingen that same year.

In 2006 Joachim Sauer became External scientific member Fritz-Haber-Institute, and member of the German Academy  of Science Leopoldina in 2007, two years later he joined the Academia Europea and received the Kolos Medal and Lecturer Award by the University of Warsaw and Polish Chemical Society, Last year he received the honorary degree from the University College of London.