This pretty young lady is Cleo Wade; the New Orleans native is a famous artist and poet, but recently rumors about her personal life have been making headlines, is she really dating Senator Cory Booker? Find out! 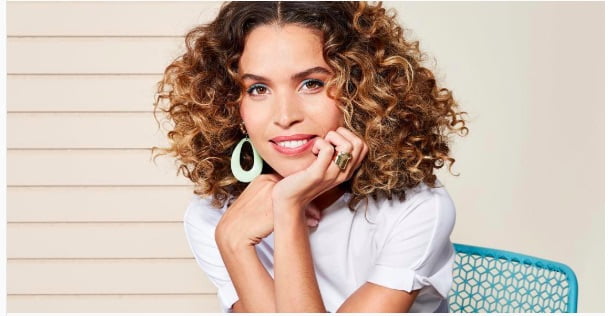 The whole dating thing started when Cleo and Sen. Booker went together to the Politics and Prose Bookstore for the promotion of her new book Heart Talk: Poetic Wisdom For A Better Life; Cleo said she thinks of Cory as her family; however she did blush when asked about her romantic life.

“I don’t confirm or deny anything in the romantic realm.”

She also mentioned him in her book’s acknowledgments.

“To my partner, Cory, for being a constant source of light and inspiration in my life. You have truly been my rock during this process.”

An article on NorthJersey.com reported Cory and Cleo have been dating for nearly two years.

Ms. Wade was born Cleo Jacqueline Wade on October 20, 1988, in New Orleans, Louisiana. She is the daughter of Bernardo and Lori Wade, an art photographer and a chef respectively.

Bernardo and Lori split up and eventually divorce by the time Cleo was five; she found solace in poetry at 6, decided to take a poetry course during the summer.

After high school, Cleo moved to New York, where she found an officer manager at M Missoni and subsequently at Halston. She also worked for Armani, Alice & Olivia as well as Cartier.

By 2014, she forgot about fashion and took poetry, the rest as you can possibly imagine is history.