As details unveil following the death of 22-year-old Bobbi Kristina Brown, the only daughter of late/iconic singer Whitney Houston and Bobby Brown, we learn more about the funeral arraignments and how the family is said to be devastated over her ultimate death, sources say.

One of those family members is Pat Houston, Bobbi Kristina’s aunt –who reports say, she intended to take her niece to rehab and had talked to her about it just days before she was found unresponsive at her home on January 31st.

ET reports Bobbi Kristina had agreed to go as long as Pat would be the one to take her to rehab. According to a source Pat said Bobbi Kristina was clear she did not want boyfriend Nick Gordon there.

Pat is known as the President of the Whitney Houston Estate, she is also the executor of the trust fund Whitney had set up for her daughter.

Pat and Gordon have had a rocky relationship, in fact in 2012, following her sister in law’s death she was accused of gold-digging by Bobbi Kristina herself and Nick Gordon, things got so tense between her Bobbi Kristina and Nick Gordon that Pat eventually filed a restraining order against the boyfriend of her niece.

The young heiress apparently, never agreed with the idea of her aunt controlling her mothers estate and reports surfaced saying Bobbi Kristina believed Pat had forwarded information labeling her as unstable. 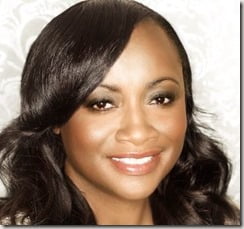 Her husband known as an ex-NBA basketball player for the Denver Nuggets, later became a backup singer for Whitney.

She and her husband have one daughter named Rayah Victoria Houston.

Following the death of Whitney in 2012, Pat has been involved with events and rights to Whitney Houston’s life following her death.

According to the Marion P. Foundation, Pat grew up in Shelby, North Carolina and has over 25 years experience in Promotions, Marketing and Management profession As CEO for WhitNip, Inc.

She also created Marion P. Candles –a line of therapeutically scented candles inspired in her relationship with Whitney Houston.

What many might not know, is that Pat received an Athletic scholarship and a liberal arts scholarship for Gardner Webb University and then to Paris Institute in Paris, France and ranked in the top 3% of her class. While studying in Paris She became a successful model, working for designer greats Givenchy, and Michel Klein. Appearing in ads for Maybelline (Shades for You) Essence, Ebony, BE, and Newport cigarettes Ad campaigns, major catalog companies. You can read more about here.