This handsome man is Alex Roberts the boyfriend of Emily Thomas!

We all remember Emily Thomas right? She is the pretty assistant of actor Tom Cruise who has been described as a Katie Holmes look-alike many people  said Emily is dating the Mission Impossible actor but  in reality Emily already has a boyfriend, his name is Alex Roberts.

A few days ago it was reported 53-year-old Tom Cruise was ready to ask his 22-year-old assistant Emily Thomas to marry him. 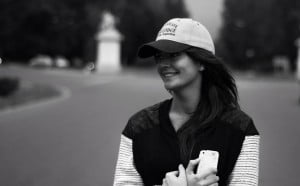 Emily Jane Thomas grew up in Hertfordshire, England, she holds a diploma in  Quest Secretarial & Business Training,  but decided to give her career in filming a chance. It was in her new job in the film industry that Emily became the assistant of Tom Cruise.

It has been rumoured Cruise is smitten with Emily, whether that is true or not I doubt she cares,  because she is smitten to  not by Tom but by her boyfriend Alex.

25-year-old Alex Roberts who is seen with her on her Facebook profile, lives in London, United Kingdom. He attended Ashford High School and is now working as  the director at a Ashford, Middlesex based Carpentry firm. Emily and beau Alex have been dating for over five months, and they have become pretty inseparable!!

Alex and Emily photo on her Facebook emerged following the rumours of her alleged relationship with her famous boss. For her settling the record straight about who is in love with is a Mission accomplished!

Her family loves Alex, her mom Nicola Thomas commented on their photo..

‘Two beauties! Love you both loads and so proud of you both’.

That’s great because Alex  looks like he is crazy in love with Emily. Sorry Tom!