Michael Snoddy is the love in the life of young Paris Jackson. Her guy has caught some media attention and is not for the best of reasons.

Reports say, Snoddy might be a ********* racist after images of his ‘Confederate flag’ tattoo came to light, however he defends his case by saying, he wouldn’t be dating a black girl if he was a racist. Do kids really know what racist means these days?

Michael Snoddy allegedly had wanted a tat for some time and when he finally got it done he posted the finished art work to his Instagram account where he added the hashtag, #southernpride.

Paris’ family is said to have their concerns about Snoddy and his tattoo.

May we remind you that he is dating after all, the second child and only daughter of the late pop legend Michael Jackson, meaning Snoddy is in for a treat, the Jackson clan will probably never get off his case until he removes the tattoo!

But continuing with our story, what else do we know about Michael Snoddy? Below you can find more interesting facts about him. 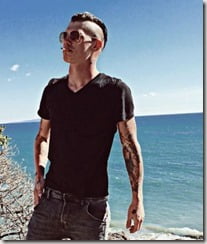 26-year-old Michael Snoddy, happens to be a musician, he is a drummer with the band Street Drum Corps. The band was put together in 2004, they have released four albums, appeared in Late Night with Conan O’Brien and have gone on tour with well-known bands such as Linkin Park and Thirty Seconds to Mars.

According to his Facebook page, Michael is originally form Richmond, Virginia. He graduated from West Point High in 2008 and attended Full Sail University. He has a younger sister, Lindsey Nicole Snoddy.

Michael Snoddy and Paris have been dating for a few weeks. According to reports, the heavy metal drummer and Paris met while attending AA meetings.

He had some romantic words for his lady who turned 18 on April 3rd. Snoddy posted a photo of the two kissing and captioned the image: “Happy birthday to one of the most incredible women I’ve ever met! So happy we get to

celebrate YOUR DAY together! Cheers to many more baby” 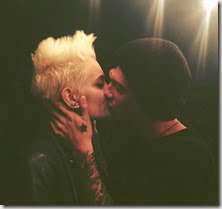 Prior to Snoody, Paris had been dating Chester Castellaw, the pair walked the red carpet together at a theater event in Los Angeles last May. Following their breakup she cut her hair short and dyed it blonde.