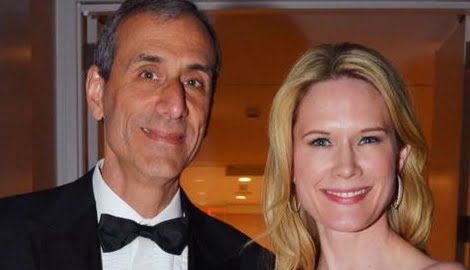 Dan Benton is the new rich boyfriend of Stephanie March, the ex-wife of renowned chef, Bobby Flay. The Law & Order actress and Flay called it quits to their 10-year marriage last year.

The 41-year-old blonde moved on from one rich and successful man to another who is said to have even more dough then Flay.

Accoridng to his LinkedIn, Dan Benton is one of the top technology industry investors of his generation. He has led Andor Capital Management since founding the company in 2001. By the time he started Andor Capital in 2001, he managed the most successful tech-focused hedge fund in the world with $7.5 billion in assets. The funds Benton managed from 1994 to 2001 had annual returns of 53 percent, compared to the S&P 500‘s 13.3 percent return, according to The Wall Street Journal.

Mr. Benton began his career as a securities analyst in the Investment Research department at Goldman Sachs in 1984. He was the top-ranked PC industry analyst on Wall Street from 1988-1993. Mr. Benton joined Dawson Samberg Capital Management in 1993 as a technology analyst and portfolio manager. Dan Benton served as President of Pequot Capital Management (the successor firm to Dawson Samberg) from 1999-2001. During his tenure at Dawson Samberg/Pequot (1993-2001), hedge fund assets increased from $300m to $15b.

In the aftermath of the September 11, 2001 attacks, Mr. Benton and his partners created the Andor Capital Management Foundation (ACMF). While the original mission of ACMF was to provide aid to the survivors of the tragedy, it expanded to helping members of the US Armed Forces and their families, as well as supporting the educational and health needs of the underprivileged.
Mr. Benton has been an ardent supporter of education. Since 2001, Dan has served as a trustee at Colgate University, where he participates on the Executive Committee. In 2006, he endowed the Benton Scholars program, which prepares a new generation of leaders for the challenges posed by globalization and technology. Colgate awarded Dan Benton an honorary Doctorate of Humane Letters in 2010.
In 2013, he joined the board of Khan Academy, a non-profit organization created by Salman Khan to provide “a free, world-class education for anyone, anywhere.” Dan also serves as a trustee of Horace Mann School, where he works on the Academic Affairs and Technology committees. 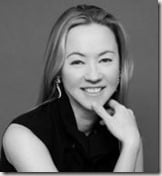 Dan Benton also runs his own blog, dcbandor.com. Dan is also a divorcee, he used to be married to Anna Benton (pictured above) but the couple went their separate ways. Anna Nikolayevsky Benton, is the founder and Chief Investment Officer of Axel Capital Management.

Stephanie March and Dan Benton made their first public appearance earlier this week, sources say they have been seeing each other for the past six months. 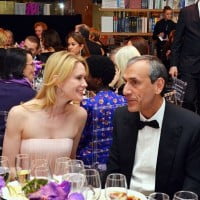 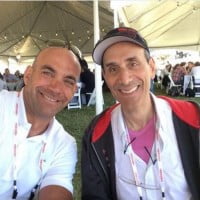 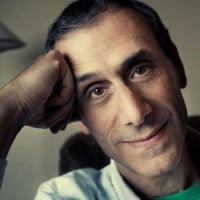 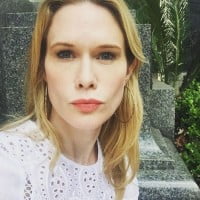 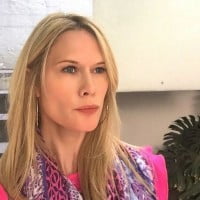 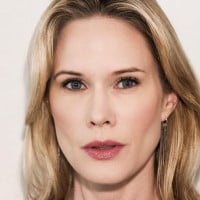 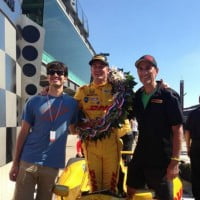