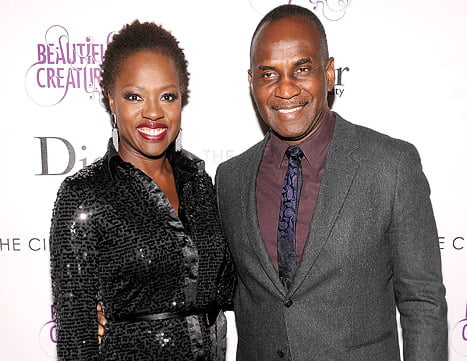 How To Get Away with Murder actress and Academy Winner Viola Davis is one amazing woman, but she is also  the caring mother of three lovely children and the loving wife of actor Julius Tennon.

Julius and Viola adopted they daughter Genesis as a newborn in October 2011, little genesis has two big brothers from Julius’ previous relationship. He once shared the story about being a single father of his two children for more than 16 years.

“Sometimes she doesn’t think she is, but she’s wonderful,” he gushed. “Nobody’s perfect and I raised two kids by myself before I met my wife. I was a single father with two children for 17 years, and my wife is doing an amazing job.”

More recently he plays Grandpa Byrd in Tate Tayloy’s film Get on Up, inspired in the life of James Brown where his talented wife also stars in. Davis and Julius Tennon, Co-Founders of JuVee Productions