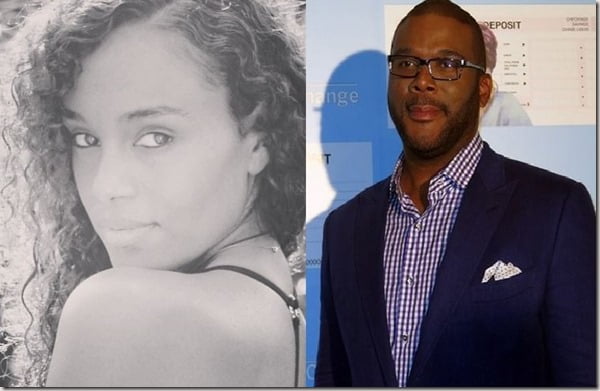 Gorgeous model humanitarian and social activist Gelila Bekele, also known for being the girlfriend of Tyler Perry is expecting the couple’s first child! A source confirmed to ET that the media mogul, 45, is expecting his first child with Bekele.

Sources also say she is far along into the pregnancy and although she hasn’t given any sings of being pregnant on social media, the expectant parents couldn’t be more thrilled. Her baby bump was unveiled at Perry’s star-studded 45th birthday party earlier this month! Gelila Bekele was born in the Ethiopian capital Addis Ababa.  As a young child, the future top-model moved with her family to Europe. Having relocated to the United States, Gelila’s life changed when an advertising art director discovered her on the way to school. Ultimately she signed with Ford Models and her career on the runways of New York and Europe took off.
In a few short years Gelila has posed for the world’s top designers and been featured in major advertising campaigns. The almond-skinned beauty is perhaps best known for her full, curly hair that has graced beauty campaigns for Pantene Pro-V and L’Oreal, as well as fashion magazines. “Modeling is a wonderful gate through which to see the world,” “and it has provided me with so many opportunities.”

In her post-modeling stage of her life, the Ethiopian dynamo is dedicated to pursuing production and her passion as filmmaker. It is also something that links her to her man. She and her 17-year-senior mogul have been in an on-and-off relationship for the past five years. Gelila is also a humanitarian and social activist. The 28-year-old devotes much of her time to helping people in developing countries attain fundamental natural resources.

Gelila is most passionate about her work with the organization Charity:Water, founded by photographer and entrepreneur Scott Harrison. The mom to be is also into green lifestyle, she is a vegan and one of her favorite quotes is: CONVENTIONAL OPINION IS THE RUIN Of OUR SOULS. She spends a lot of time with her family, specially her mother and sister with whom she shares her signature curly-abundant hair.

Major congrats to the couple! Find Gelila on Instagram here.