John Berry, a founding member of hip-hop group the Beastie Boys, died Thursday morning at age 52. According to family members, Berry passed at 7:30 a.m. at a hospice in Danvers, Massachusetts.

The famous trio was first a four-piece ******** punk band, that included John Berry playing the guitar. However Berry is considered a past member of the Beastie Boys since he was only two years with them.

John attended the Walden School in New York with Mike Diamond. The group formed in July 1981, with Berry and Diamond joined by Adam Yauch and Kate Schellenbach. The first Beastie Boys shows took place at Berry’s old loft at the corner of West 100th Street and Broadway in Manhattan’s Upper West Side. He is credited with giving the band the Beastie Boys name.

According to the bands’ story, Berry played on the Beastie Boys’ first seven-inch EP Polly Wog Stew, which was recorded at 171A studios in November 1982.

Following his departure, he went on to be part of other bands, among them, Even Worse, Big Fat Love, Highway Stars and Bourbon Deluxe.

Berry was recognize by his former band mates at the 2012 Rock and Roll Hall of Fame ceremony, when he was mentioned as a formative member of the band’s early years.

It is not known if he ever got married or had any children. 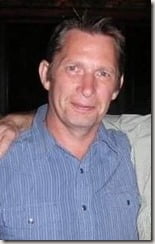 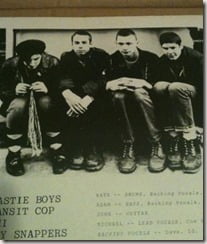 Louise wrote to her Facebook page, confirming the sad news:

“Johnny died this morning at a hospice in Mass. As many of you know, he had frontal temporal lobe dementia and had been hospitalized for the last several years. Do something creative in his memory. John N Berry IV May 31, 1963 – May 19, 2016”

Lizzie Berry, who resides in Scarborough, Maine and whose married name is DiMauro, also took to Facebook to write a tribute to her brother saying:

I am so very sad to say that my beloved little brother Johnnie Berry, passed away today after a long struggle with frontal lobe dementia. It is my dearest hope that he is now free and happy, playing music and celebrating in the universe. Thanks and love to so many who have offered their love and support during this hard time. It is a joy to know that so many people cared about him. He will be loved and missed forever by his big sister.

John Berry’s father is a retired Editor-at-Large, LJ. Berry joined the magazine in 1964 as Assistant Editor, becoming editor-in-Chief in 1969 and serving in that role until 2006.  He has his own Twitter account.

Below a picture of John with his father and brother. 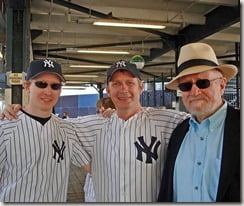 His brother Tom Parker Berry, currently resides in Los Angeles and is a 2014 USC graduate.

We send our condolences to John Berry’s family and friends.