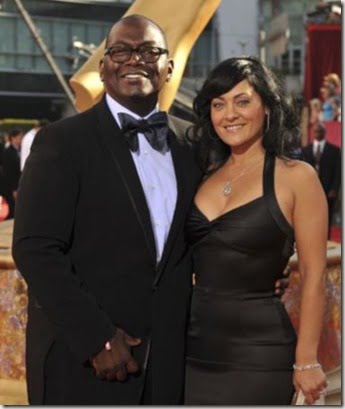 Erika became Randy’s second wife in 1995. She was born Erika Riker and is the mom of the couple’s two children, 19-year-old daughter Zoe and 17-year-old son Jordan. Her soon-to-be ex-hubby was previously married to first wife Elizabeth with whom he shares one daughter Taylor. Randy and Elizabeth divorced in 1993.

According to the site, Jackson’s wife is requesting full custody of their 17-year-old son Jordan as well as spousal support. Erika also requested he pay her legal fees. PinErika who used to be a ballet dancer met Randy on the set of a music video shoot in early 1995, that same year in December, she tied the knot to the bassist, singer, record producer, music manager, and former A&R executive. 44-year-old Erika lived with Randy and their children in their multimillion-dollar Encino mansion while her hubby’s first child lived in a rundown, 2-bedroom rent­ed house in Studio City, Calif., it was revealed in 2004. Erika stuck by her husband after ex-wife Elizabeth took Randy to court and had to fight him to get boosts in child support! The beloved judge, eventually agreed to give Elizabeth $3,750 a month in child support for Taylor until her 18th birthday. Maybe Erika will have better luck and wont have to fight the 58-year-old, what do you think? Do you think things will get nasty between them?

Ever since her nuptials Erika appears to have left her career on hold and dedicated her time to raising her children. She’s been seen by Randy’s side on red carpet events but other than that she is a full-time homemaker, wouldn’t you if your man is making 40 million a year?!

If you had to guess, who do you think will start dating someone new sooner? Is Erika maybe looking into new horizons?

In the meantime, you can take a look at Randy’s twitter here.