Find out all about Chrissie Hynde’s Husbands, boyfriends and her two Children!

Chrissie Hynde the Ohio born musician who is the lead singer of the rock band The Pretenders has been married twice, has two children from her first marriage and has dated fellow musicians over the years, sometimes her boyfriends were her age, but others were way too young to make their relationship work.
Hynde graduated from Firestone High School in Akron, Ohio and attended Kent State University before she joined the band Sat. Sun. Mat. In 1978, she along bassist Pete Farndon, James Honeyman- Scott and drummer Martin Chambers created The Pretenders.
The Pretenders have released 11 albums. The first called Pretenders was released in 1980.
Hynde’s personal life is quite interesting.
Her first marriage to James Kerr, the leading man of the music band Simple Minds on May 5, 1984, they had one daughter together Yasmin Paris Kerr an actress born March 25, 1985 in London. Chrissie and James Kerr lived in South Queensferry until they divorced in 1990. 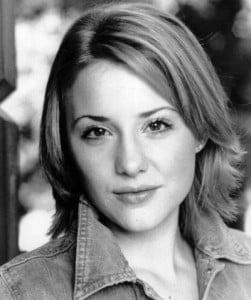 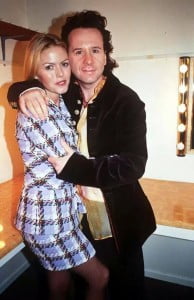 Patsy and Kerr got married in 1992 and divorced four years later, from their marriage Yasmin Kerr became the big sister of half-brother James Kerr born in September, 1993. 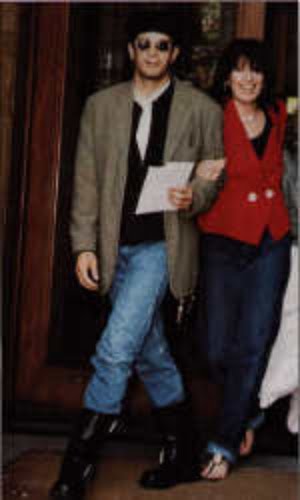 Pin
Colombian sculptor Lucho Brieva became Hynde’s husband #2 on July 10, 1997, Lucho was 32, Chrissie was 46 when they tied the knot, they had no children together. Chrissie and Lucho separated in 2002 and eventually divorced in 2004. 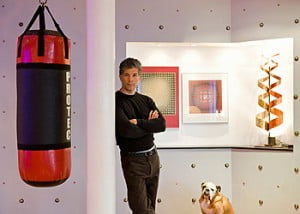 Yasmin Kerr is not the only child Chrissie Hynde had, her eldest child is her daughter Natalie Ray Hynde born in January, 1983 to mum Hynde and dad former Kinks front man Ray Davies. Davies and Hynde dated in the early 80’s a turbulent relationship that ended badly not long after Natalie was born. 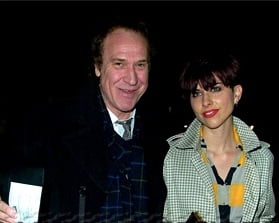 Pin
Natalie Ray Hynde was arrested last February along Simon Medhurst, 55, following a protest against the felling of trees in Combe Haven in East Sussex to make way for a road, they denied any wrongdoing, however they were found guilty of “besetting,” or causing difficulty to, a test-drilling site.
Before Hynde’s marriage to Brieva it was rumored she dated tennis legend Joh McEnroe between 1994 and 1996. 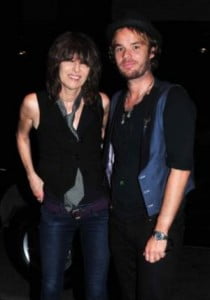 There was a 27-year age gap between Chrissie Hynde and her young Welsh boyfriend, but they didn’t care, at least not at first, Chrissie and musician JP Jones brief relationship started after they met in a bar and ended up working together for their band JP, Chrissie and the Fairground Boys, their first and only Fidelity was released in 2010.

They decided to end their relationship in October, 2010 and remain friends for their band’s sake.

“There’s not going to be a family (if we stayed together). And if you think about it, if we were together, where would we be in 10 years? He’d be 40 and I’d be (nearly) 70. That’s kind of unthinkable after a while.” and Jones admit the heartbreak they both felt is evident in the band’s new music.
He adds, “When you’re feeling something so strongly in circumstance (sic), between Chrissie and me, you know, the fact that we can’t be together, can’t have a family together… When you’re together, sat there writing songs to each other (sic)… it’s impossible not to be speaking the truth… The connection between us and the circumstance we have, it’s all on the record. It’s the most intense thing I’ve ever felt.”

Chrissie hasn’t been seen with any man after JP, this doesn’t mean she has been single ever since, but rather that if she has a boyfriend at this moment, she found out how to maintain her private life out of the public eye.