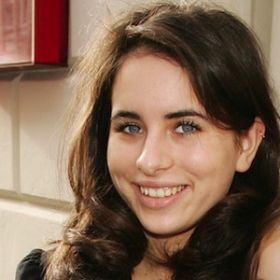 How long ago was it that Mick Jagger was breaking hearts with the news he had married Bianca? Soon after, his daughter Jade was born. Of course, Mick had many marriages and children after Bianca and Jade.

When Jade was twenty, she became a mother to her first daughter Assisi with partner Piers Jackson. They had a second daughter Amba Issi. So Mick was now a grandfather.

It now turns out that Jade Jagger’s daughter Assisi is pregnant with her first child at the age of 21. She will be making her mother a young 42 year old grandmother. The baby daddy is her boyfriend Alex, who is also a chef. The baby is due around April of next year. Says Jade, ex-model and socialite, that being young mothers is in the Jagger genes.

And all of this means that Rolling Stone rocker Mick Jagger (Jade’s father) is going to become a great- grandfather at the age of 70!

Despite her young age, Assisi says she is definitely ready for motherhood as she is more mature than other girls her age. Only time will answer the question is she really ready?