Meet actress Stephanie March; she best known for her role as Alexandra Cabot in the long-running NBC series, Law & Order: Special Victims Unit; she is also the ex-wife of famous chef Bobby Flay

Bobby and Mrs. March tied the knot in 2005. They separated in March 2015 and divorced three months later. 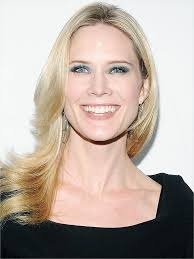 Mrs. March who was born Stephanie Carolina March in Texas, on July 23, 1974; she is the daughter of John Abe March IV and wife Laura Len Irwin and has one sister.

She is a graduate from the School of Speech (now School of Communication) at Northwestern University, where she majored in Theater and Hispanic Studies.

Stephanie made her TV debut for CBS series “Early Edition.” In 1999 she moved to NYC and made her Broadway debut.

According to her social media accounts, the NYC resident is the Co-Founder of RougeNY.com and Contributing Editor to FATHOM.