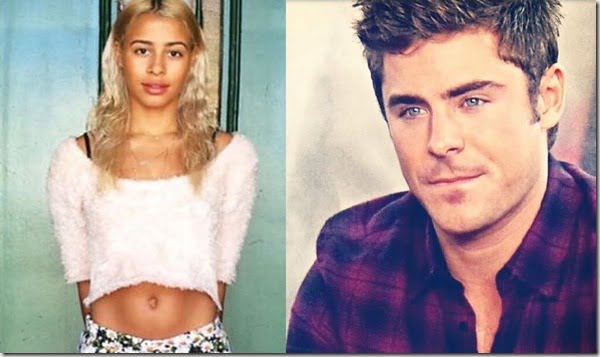 The story of the L.A gal and the Hollywood heartthrob has drawn attention ever since they were spotted at an L.A Dodgers game a couple of weeks ago.

The Daily Mail, in an online article published Monday, describes how the alleged couple arrive at Copenhagen airport after travelling to the Danish capital from Los Angeles; to what it seems their first trip together, the articles suggests.

The report says Sami is not in the movie business. but does work in the creative industries at Demand Media Studios.
After Zac and Michelle Rodriguez 36, had a brief fling a month ago he is looking relaxed with Sami, want to know more about her? Keep reading then! 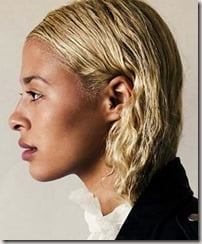 She was born Sami Carter-Oberstone and is originally from San Francisco, CA. We found Sami on LinkedIn and she does in fact works at Demand Media, she is listed in Business Development at the joint since July this year. Prior to her current job she worked at SOL REPUBLIC for four years as both Marketing Specialist and Global Lead Brand and Product Trainer.

During her time at SOL REPUBLIC she built and managed the international training network from inception for over 10 top retailers in more than 3 countries, such as: Apple Japan & America, Best Buy and RadioShack, among other duties. 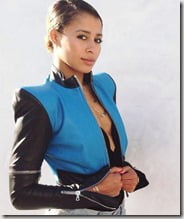 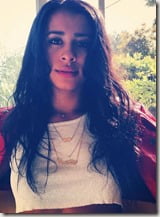 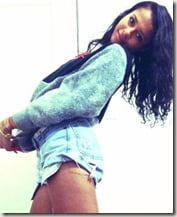 Sami attended Santa Clara University – Leavey School of Business from 2005 – 2009 graduating with a BA in Marketing. She also holds a MA in Global Entrepreneurship and Management from University of San Francisco – School of Management which she obtained in 2010. She was in the Global Masters program living, learning, and working in three continents: Europe (Spain), Asia (Taiwan), and America (San Francisco). She speaks French and is actually a former gymnast! In 2000 she became a Junior Olympic Gymnastics State Champion.

Giving her great figure is not weird she might have tried her luck in modeling, we found the pictures above on her Facebook which appear to be from a photo-shoot. She also seems very popular among her friends. 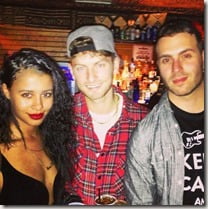 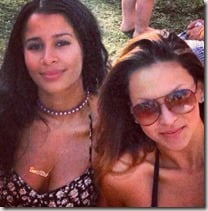 We can also tell you she belongs to a number of groups and associations, according to her LinkedIn she is a member of MGEM / GEMBA Social Business Network, PNG Plymouth Networking Group among others. The brunette’s interests include: Vintage fashion, hot yoga, foodie festivities, sushi, running, travel, laughing.

So, any thoughts on Zac’s new gal?