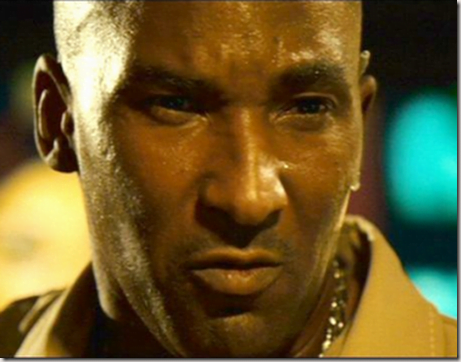 45-year-old actor Cle Shaheed Sloan is the man who was ran over by Suge Knight earlier this year. Following the tragic hit and run, Knight is currently charged with murder and attempted murder after another man by the name Terry Carter died from injuries. According to the co-founder of Death Row Records’ lawyer Knight was acting in self defense when he hit Sloan first and then Terry second with his red truck. Most recent reports sustained it was Sloan who in fact started the tragic confrontation, the former Athens Park Bloods gang member reportedly admitted to police from his bed hospital, he was the one who attacked Suge first after the pair had had a prior dispute at near by location.

According to the police reports Sloan said he contacted Knight and began to punch him through the driver side window after he spotted him at Tam’s Burgers in Compton, Calif., on Jan. 29. As Cle also known as “Bone” attempted to get away from Knight’s truck he was immediately struck and run over by Knight’s Ford F-150 Raptor, Sloan, a Los Angeles native has worked in movies including Street Kings, Training Day, End of Watch and Brooklyn’s Finest.

Cle is also described as an activist who worked to put an end to gang violence while still being a member himself. He sustained injuries to his head and legs. Sloan was working on the set of the forthcoming N.W.A. biopic, Straight Outta Compton when the altercation with rap mogul Suge Knight occurred.