RJ King happens to be the mystery guy with whom, Hailey Baldwin was spotted at Monday’s Met Gala. The two were pictured looking very comfortable around each other, giving the idea they could be more than just fashion pals.

RJ looked dashing in a tuxedo while holding a cigarette in one hand and his cellphone in the other, all wile Hailey wrapped her arms around him.

RJ King is the son of Kevin and Julie King, he was born, Robert Jackson King III on April 1, 1992. He and Hailey have lots in common since RJ is also a coveted model in the fashion industry. He was discovered by Jill Manoff while he worked at Splash in the St. Louis Galleria. 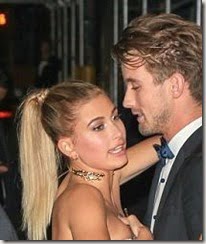 The male model has worked with a number of agencies including, Wilhelmina New York, Bananas Paris and Elite London; and has under his name numerous editorials.

After being scouted in St. Louis by a stylist, RJ began working in New York in January 2011, starting with a trip to New York set up by Calvin Klein. He became one of the most photographed new faces of the year featuring in NY Times, Essential Homme, V Spain, V Man, Dansk, Hero magazine, Vanity Teen, Numero Homme, Vogue Hommes Japan and Fault magazine plus bagging the covers of 10 Men and Volt magazine.

Since then, RJ has walked some of the most coveted runways in New York, Milan, and Paris for fashion week, including DKNY, Rag & Bone, Band of Outsiders, Hermes, Louis Vuitton, Dries Van Noten, Yves Saint Laurent, ACNE, Dolce and Gabbana, Kris Van Assche and an exclusive for Prada. 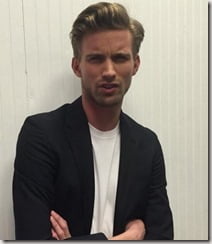 In the past there were rumors that RJ King was gay but that was never confirmed. But RJ King is not the only famous name in the family, he has three older sisters, including former model, Meghan King Edmonds, married to MLB player, Jim Edmonds and who is best known for her role in The Real Housewives of Orange County. 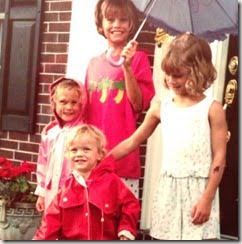 His other two sisters are, Julie and Caitlin, who are former athletes and played soccer at Auburn University. His sister Julie, was named an Academic All-American.

Could RJ King and Hailey Baldwin be the next hot couple? Rumors say Baldwin split from Justin Bieber earlier this year. They are known for being close friends but have never confirmed a romantic relationship.