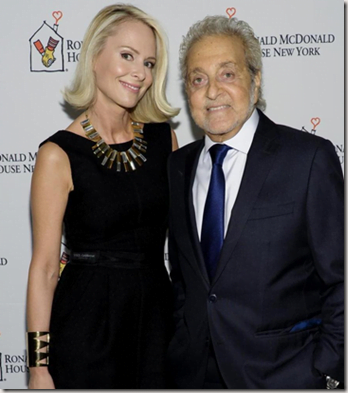 We are saddened to hear about the death of 78-year-old world renowned show designer Vince Camuto. The co-founder of the brand Nine West, is survived by wife Louise Camuto’s and children. 44-year-old Mrs. Camuto happens to be former Miss Sweden 1989. She was born Louise Drevenstam. At age 18 after being crowned Miss Sweden she was Miss Universes’ second runner up. She later ditch the pageant world to become a wife, mother and jewelry designer. She joined her hubby’s company in 2001 and currently oversees the company’s creative team and spearheads marketing, advertising and public relations initiatives globally for the Vince Camuto brand. The blonde beauty was married to Vince for over 20 years, they were 34-years apart. According to reports Louise’s husband died yesterday after a battle with cancer.