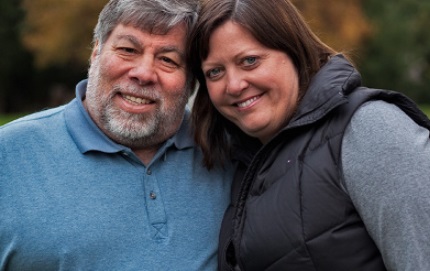 Janet Hill Wozniak is the lovely of tech entrepreneur Steve Wozniak -best known as the billionaire co-founder of Apple.

Janet’s husband who is also a programmer and electronics engineer need little introduction. The California native widely known as Woz, famously invented the Apple I computer in collaboration with the late Steve Jobs.

His wife on the other hand may be unknown for many. The reason may be because there have been more than one Mrs. Wozniak. Janet Hill is actually his fourth and current wife. He was first married to Alice Robertson, then to Candice Clark and last to Suzanne Mulkern. He also dated comedian Kathy Griffin, prior to meeting Janet.
From his marriage to wife number two, Candice Clark, Woz is the father of three; Jesse, Stephen, and Sara. That would make Janet Hill Wozniak a stepmother of three. 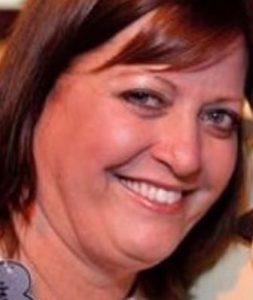 Online records show, Janet K. Hill, was born on December 12, 1961. Throughout her life, she’s also been known by the names of Janet Bonnett and Janet Craig. It’s possible that she may have been married before.
It is believed Janet Hill Wozniak and Steve had known each other for years and were longtime friends before they started dating and eventually tied the knot.
Proof of that would be that Janet actually worked at Apple -as a former Apple education development executive (Strategic Education Solutions, Education Marketing Sr. Manager: 1 To 1 Learning, It & Learning Solutions) & Holcomb Educational Resources (Solutions Development Executive).

The two became husband and wife on August 8, 2008, in California. That means they have been married for 12-years. At the time of their nuptials Janet Hill was 47.

Most recently, both Steve and his wife, Janet Hill Wozniak made headlines after they though they may have been infected with the corona-virus after a trip to Southeast Asia in January. However, Janet Hill Wozniak who was reportedly seeking treatment for a bad cough reveal she was diagnosed with a sinus infection. Phew!