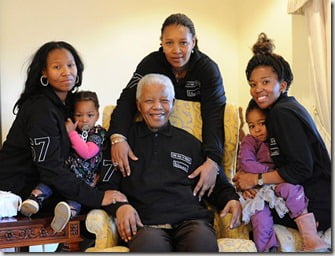 The iconic leader Nelson Mandela remains in critical condition in a hospital in Pretoria where he is being treated for a lung infection, said President Jacob Zuma said on Monday. Mandela was hospitalized on June 8.

“Doctors are doing everything possible to ensure his well-being and comfort,” Mr. Zuma said at a news conference in Johannesburg.

President Zuma said that he and deputy president of the African National Congress, Cyril Ramaphosa, visited Mandela late Sunday where doctors told him that his health “had become critical over the past 24 hours.”

Nelson Mandela has been married three times, in 1944 to Evelyn Ntoko Mase (divorced in 1957), in 1958 to Winifred Nomzamo Zanyiwe Madikizela (divorced in 1996), and in 1998 to Graça Machel. He has six children: daughters Makaziwe “Maki” Mandela, Zenani “Zeni” Mandela, Zindziswa “Zindzi” Mandela, and sons Madiba Thembekile Mandela and Makgatho Mandela.

Mandela’s surviving children are all women, let’s meet them: 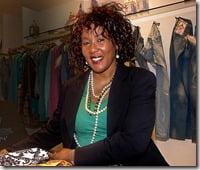 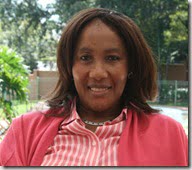 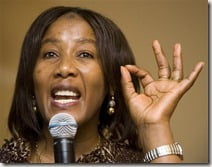 Maki Mandela is a business woman and founder of the House of Mandela wine label. Her daughter, 38-year-old Tukwini, also works for House of Mandela. When asked if she had ever considered a career in politics, she told the Observer:

“I’m not a politician. I think one or two people in politics is enough in this family. We need to spread. I really want to cut my teeth in business and see how it goes because I think that we can. It’s one thing to win politically. We still have a battle in terms of the economic center. Black people are nowhere in terms of the economy. We will know this country is truly transformed when a significant population of black people really actively participate in the economy. Right now we’re not there yet.”

Maki attended the Waterford Kamhlaba UWC of Southern Africa before going to the University of Fort Hare in South Africa. In 1993, she earned a Ph.D. in Anthropology at the University of Massachusetts, USA. Maki now heads the Industrial Development Group (IDG), with interests in mining and petroleum, and sits on the boards of major industrial concerns, including South African Nestlé, and charitable foundations.

Mandela had other two daughters with his second wife, Winnie Madikizela-Mandela, who was the city’s first black social worker. Zenani (Zeni) was born on February 4, 1958, and Zindziswa (Zindzi) Mandela-Hlongwane was born in 1960. Zindzi was only 18 months old when her father was sent to Robben island prison. 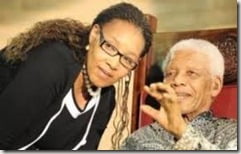 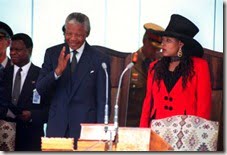 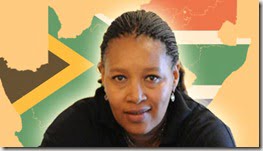 Zenani, which means “what have you brought to the world?” in the Xhosa language, married Prince Thumbumuzi Dlamini, a brother of both King Mswati III of Swaziland and of Queen Mantfombi of the Zulus, in 1973, becoming a Swazi princess. Her father was still in prison and South African authorities did not allow her to visit him. 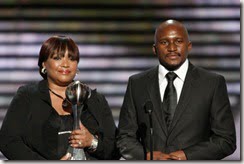 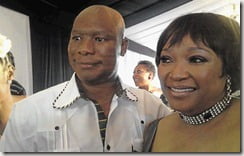 On the other hand, Zindzi Mandela was active in the African National Congress underground during the anti-apartheid struggle and transmitted a famous and defiant message from her father to a crowd in Soweto in 1985. During her teenage years, Zindzi wrote poetry for the first time in 1978 in a book titled Black as I Am.

52-year-old Zindzi married her second husband, 37-year-old MK veteran and SANDF member Molapo Motlhajwa, in an intimate ceremony in his hometown of Potchefstroom, North West, in March 2013. The couple have five children between them: four from Mandela-Hlongwane and an eight- year-old from Motlhajwa.

According to the Centre of Memory, Mandela currently has 17 grandchildren and 14 great-grandchildren.