Enrica Petrongari is an Italian masseuse and the woman who allegedly had an affair with star singer, Zyan Malik.

Enrica is said to have received explicit messages from the 25-year-old hit maker, saying how he liked women with a big a***s. The alleged encounter went down just weeks after longtime love Gigi Hadid and Zayn broke off.

The couple are said to have reunited but remember back in March, they stunned everyone saying they had broken up? Well it looks like Zayn wasted no time in getting Enrica Petrongari’s attention.

The two allegedly had a number of encounters and Enrica is spilling the beans about it. She told the Sun, She says she first met Zayn after his team set up an appointment for a massage.

Enrica revealed she was stunned to receive Zayn’s attention and that he begged her for selfies of her bun after the two exchanged numbers. Petrongari eventually gave in and visited him again at his apartment in New York. However bad as it that he cheated on longtime love, Hadid, it might come as an insult for the super model to find out Enrica is a much older woman. 41-year-old to be exact that makes her Zayn’s 16-years his senior. 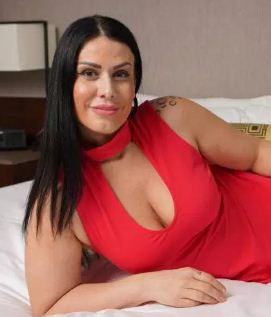 Enrica Petrongari was born in Italy and moved to the US about five years ago. She also revealed she is separated from her husband. She is a former burlesque dancer turned masseuse. Enrica said thought she and Zayn had fun, she realized he was only using her adding that they never really just hung out and that he appear at times rude and disinterested.

Zayn who shot to instant stardom by winning The X Factor in 2010 after Simon Cowell put him together with Harry Styles, Louis Tomlinson, Liam Payne and Niall Horan to form One Direction –was previously in a relationship with Little Mix singer Perrie Edwards. He was also romantically linked to Swedish model Martina Olsson.