Shannon Ihrke, the stunning model who left her career as a marine to pursue a career in the catwalk world may be single!

Shannon who is a mix of German, Swedish and Irish descent was born August 15, 1989 in Walker, Minnesota. She is one of three children and unfortunately her parents divorced when she was young.

In addition to Minnessota, the stunner has lived in cities including Walker, Backus and St. Cloud. She attended St. Cloud State University for two years and holds a Bachelors in Science.

Prior to embarking a successful modeling career which includes appearing in Maxim and Covergilr; there was a time when the 29-year-old served as a sergeant in the U.S. Marine Corps. In fact, she did it for four years. She joined the Marines when she was 19 and did her boot camp at Parris Island, South Carolina. She was then transferred to Camp Johnson, North Carolina, and later Beaufort, South Carolina, and finally Rock Island, Illinois. After four years she was honorably discharged. 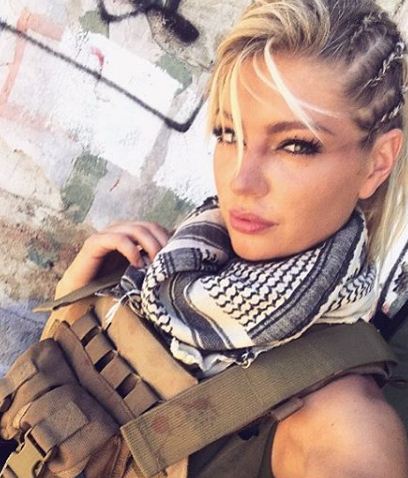 Her days as a former Marine Sergeant are way over and she is now a full-time model and ring girl. She pursue modeling following the advice of her friends and began as a lingerie model.

While working as an MMA ring girl, she landed centerfolds in magazines like Fight! and Show Off. Most recently, she won the midwest portion of the Maxim’s Finest contest and was invited to Maxim’s 2018 Hot 100 Party.

According to her Model Mayhem profile, she is currently based in Chicago. She is also very popular on Instagram as you may imagine, she has a following of over 100k; however one thing stands out from her page. It appears the green-eyed beauty, is currently single. No sign of any fellas lurking around. She might also be dating and just not ready to make it public, and if that is the case the question remains, who is Marine/ Model Shannon Ihrke’s Boyfriend?