Kay Webber was the wife of former Sen. Thad Cochran, who died Thursday morning. He was 81-years-old.

Kay’s husband was born William Thad Cochran on December 7, 1937; he represented Mississippi in the US Senate for decades.

He received a B.A. degree from the University of Mississippi, where he joined the Pi Kappa Alpha Fraternity and was on the cheerleading squad.

Thad was serving in his seventh term in the US Senate and was first elected to Congress in 1972 before being elected to the Senate in 1978. He resigned his seat last April due to his health issues. 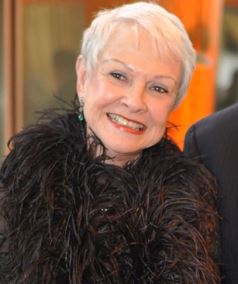 After his election to the Senate, Cochran worked his way up in seniority, serving in GOP leadership in the 1990s. He then became Agriculture Committee chairman in 2003 followed by a leap to Appropriations Committee chairman in 2005. He served at the top of the panel for two years before resuming his chairmanship in 2015 when the GOP took back the majority in the Senate.

He is survived by his second wife, Kay Webber and two adult children. Thad was first married to Rose Clayton who preceded him in death in 2014. Thad was left a widow after Rose, his wife of 50-years died at the age of 73. She had been in a nursing home for a decade suffering from dementia. During his marriage to Rose, the couple welcomed two children, Kate and Clayton Cochran.

Katherine Cochran is an Associate Professor of English, Southern Quarterly Editor at the University of Southern Mississippi. She also serves as one of the three consulting scholars for the Mississippi Arts Commission’s development of the Mississippi Writers Trail.

Clayton Cochran is a nonprofit fundraiser who lives in Madison.

Thad and Kay Webber were married in 2015. At the time of their nuptials they were both age 77.

Kay Webber served as his executive assistant for many years. The two were accused of having an affair in 2014. An accusation Cochran denied.

Kay Webber and Cochran wedded in a private family ceremony in Gulfport, Miss.

She has been described as executive assistant, social event organizer and receptionist, among other titles, throughout her years working on the longtime senator’s staff. She began working for him in 1981.