Arnav Gupta has been identified as the man who set himself on fire near the White House and died shortly after from his injuries. He was 33-years-old.

Gupta had been reported missing by his family earlier on Wednesday saying they feared for his safety. According to the Facebook page by Montgomery County Police Gupta is described as an adult male of Indian origin.

A video taken by an eyewitness clearly shows a young man engulfed in flames. Arnav lit himself on fire just after noon on Wednesday, near the Ellipse -which is a large common area where tourists visit and where is also the National Museum of African American History. Images of him burning shows he is wearing a t-shirt that reads ‘USA’

After being helped by secret service members who responded in seconds to extinguish the fire, Gupta was taken to the hospital where he died from his injuries Wednesday evening. Prelaminar reports say he allegedly managed to burn 85 per cent of his body. 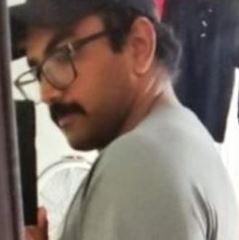 Gupta lived in Bethesda, Maryland with his family who apparently did not know he had left the house on Wednesday morning. Guptas exact motive isn’t clear as of now. According to reports secret service expressed concern for his state of mind.

The act performed by Gupta is historically known as an extreme form of political protest, in 2019 alone is not the first time the incident takes place. Last April, a man was arrested after he lit himself on fire outside the North Lawn of the White House. Secret service agents helped the man and he suffered minor injuries.

It is not yet clear if Gupta is survived by a wife or children.