Reports say, on Sunday morning, 31-year-old Corey Jones’s car broke down. As he awaited for assistance, he was killed on the side of the road by a police officer.

The premise of Corey’s death goes that, an officer identified as Nouman Raja, stepped out of his car to investigate what he thought was an abandoned vehicle. The officer claims he was suddenly confronted by “an armed subject.” The officer then, opened fire and shot Corey Jones dead.

The family’s attorney says that based on information he’s received from the state attorney, Corey Jones never fired his weapon Sunday morning. Now, they are all searching for answers as details about the fatal shooting begin to emerge.

Corey Jones, described as a church drummer had a license to carry a weapon, is survived by his older brother Clinton “C. J.” Jones;  father, stepmother and younger sister, Shakinnya Malissa Jones. 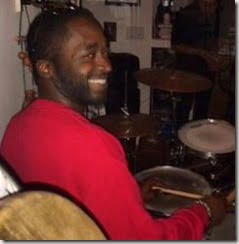 On her brother’s death, the now 29-year-old said

“was very responsible with his gun,” “He told me I should go ahead and get a concealed weapon because I have clients going in and out of my house and I don’t know them. I have money that I am dealing with. So he said, ‘for protection get a gun and get the license that you need”

Shakinnya Malissa Jones currently works as a hairdresser and resides in Tallahassee.

Shakinnya Malissa Jones also said her brother got a gun because he played late-night gigs and often carried expensive equipment. She revealed his first gun was stolen and he got another one just 3-days before his death.

We send our condolences to her and the rest of her family.