Michelle’s husband has been recently recognized by the Guinness World Records –as the tallest politician in the world. Cornegy, Jr. who stands at 6-foot-10-inch, represents the 36th District.

He was elected in 2013 and has since ushered an impressive number of substantive bills into law, earning the reputation as one of the most effective lawmakers in the city.

He attended St. John’s University and has a degree in Organizational Leadership and a Master’s in Organizational Management from Mercy College. While in college, he played as a backup center during the team’s historic 1984-85 Final Four run and went onto enjoy a long professional career playing overseas. However, public service was his true calling.

Prior to City Council he served in a number of civic roles like, community board, president of the Democratic club and on the community advisory board to Interfaith Hospital.

Along with wife, Michelle –he is the father of a total of six children. 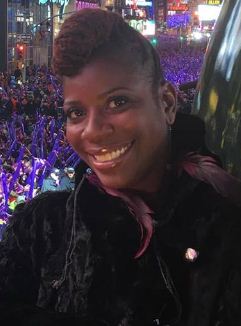 Michelle attended college in Brooklyn and is a former member of the Delta Sigma Theta sorority Inc. She serves as Legislative Chair for the Jack and Jill Brooklyn Chapter. Last year, Michelle and the committee received 3rd Place for Outstanding Legislative Activity.

Last year, Michelle Cornegy and the Brooklyn chapter of Jack and Jill of America organized a discussion following the iconic March for Our Lives rally. About 35 children aged eight to 10 participated in a debate at City Hall on whether guns should be restricted. Michelle highlighted how the organization offers resources for children of color and said “Our mission is to grow and to grow leaders”

Unlike her husband, Michelle who enjoys running marathons, keeps a rather low profile while being a loyal supporter of her husband’s career.