Ri Sol-ju is the wife of North Korea’s Supreme Leader, Kim Jong-un. Recent reports have raised speculation on the whereabouts of the dictator’s wife.

It appears being married to the country’s supreme leader does not mean being above of the law. According to The Sun, Ri Sol-ju was last seen in public, seven months ago prompting media to believe she’s either pregnant or even dead.

The sinister theory is not far from reality. Her young husband has been known to execute whoever crosses his way.

This August it emerged he had executed one of North Korea’s top officials with an anti-aircraft gun after the man fell asleep in one of his meetings.

In 2013, the country’s media announced the execution of Jang Sung-taek, his wife’s uncle. 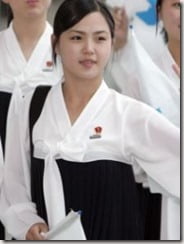 Details about the couple’s private life are scarce. Not much can be confirmed about  Kim Jong-un himself. He had barely been seen in public before taking power. He was officially declared the supreme leader –while while still in his 20’s –following the state funeral of his father on 28 December 2011.

Ri Sol-ju is thought to have tied the knot with Kim Jong-un in 2009 and soon after she gave birth to his child and heir to the state. However, Ri Sol-ju who appears to be in her early 20’s, was introduced to media as the first lady in 2012, after several weeks of accompanying her husband in public appearances.

Accoridng to online sources, Ri Sol-ju caught her husband eye during a singing performance. Apparently the former songstress was specially trained to be his consort. Accoridng to Yonhap news agency, she took a six months course in the duties of a first lady. 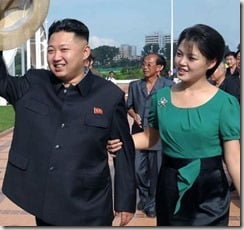 The lovely first lady, has graced the arm of her deadly and tyrant husband, by tagging along as he tours factories and theme parks.

Ri Sol-ju slim figure has allowed her to to be known for her great taste in fashion. She has been pictured wearing designer clothes and pricey handbags.

The attractive first lady was last spotted at a sporting event in March.

Theories of her disappearance include experts saying, Ri Sol-ju may be on bad terms with her husbands equally dangerous sister, Kim Yo jong –believed to be the real power behind the throne, and who has been seen touring the country.

Do you think Ri Sol-ju could have fallen out of favor with her husband? 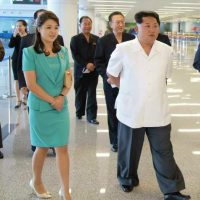 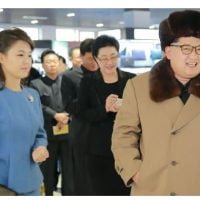 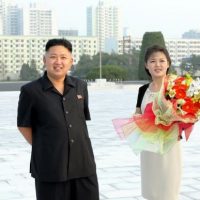 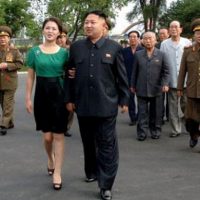 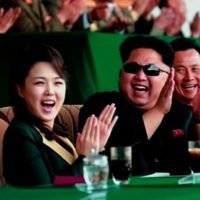 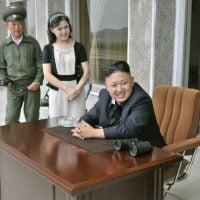 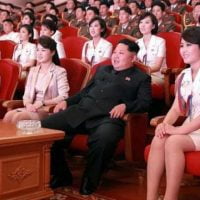