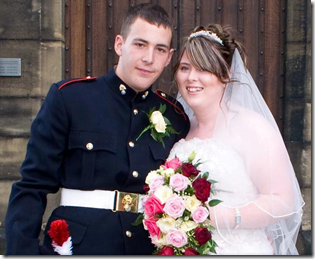 30-year-old Rebecca Metcalfe, wife to 25-year-old Drummer Lee Rigby who suffered the rage of two thugs- one of them identified as- Michael Adebolajo– as Rigby became the victim of yesterday’s brutal machete attack in Woolwich, South East London.

Rebecca Metcalfe and Lee Rigby married at St Anne’s Church, Southowram, in August 2007, but the couple had since split. He was a serving soldier, based at Catterick garrison, North Yorkshire, when Rebecca worked as a as a recruitment consultant for Hays Construction and Property in Leeds, back in 2007. But the sorrow does not end with Rebecca and Rigby’s family but also to the couple’s little son. Having a baby changes everything and although the couple was not living together anymore they will forever be linked by 2 year-old son Jack.

Rebecca’s parents Paul and Susan Metcalfe all were reunited yesterday trying to comfort one another. After learning the horrific news Rebecca’s brother and former Rigby’s former brother in law said about his sister:

They are all inside still trying to get their heads around what has happened. It’s still not sunk in.” “She’s absolutely in bits. His son is there. It’s shocking.” 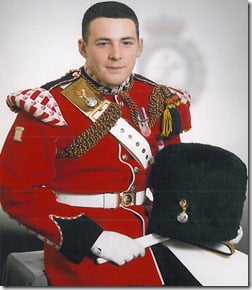 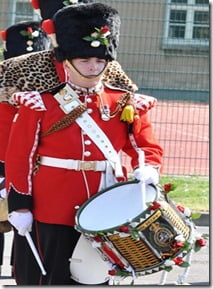 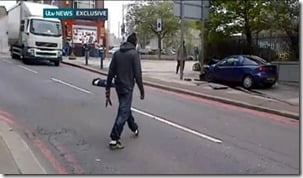 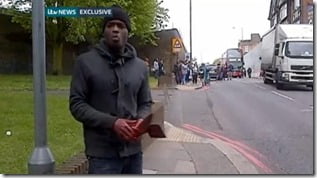 Rebecca’s husband and father of her son, was part of the 2nd Battalion the Royal Regiment of Fusiliers, an infantry regiment of the British Army. His friends called him “Riggers” according to a statement from the Ministry of Defense. Rigby served in Afghanistan in 2009 before taking up a recruiting post in London in 2011. He was a side drummer and machine gunner, according to the statement.

The British government has labeled the soldier’s killing a terrorist attack. Witnesses said two men wielding multiple weapons stabbed Rigby to death on a street while shouting “Allahu akbar,” which is Arabic for “God is great.”

Rigby is described a a great guy by those who close to him; not only as the would always stop for a chat just to tell me Manchester United would win the league again but also as a loving father, hard worker, one of the Battalion’s great characters; Rigby’s former platoon commander, Capt. Alan Williamson even said:

“His loss will be felt across the Battalion but this is nothing compared to how his family must be feeling at this difficult time,” he said. “Once a Fusilier, always a Fusilier.”

The Sun reported Lee was dating a female soldier serving in Afghanistan yesterday however  his wife Rebecca who joined his family and who media identified as Rebecca Rigby tearfully said she and Riggers had been talking recently, they planned to meet this weekend and worked on saving their marriage. 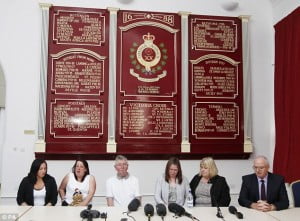 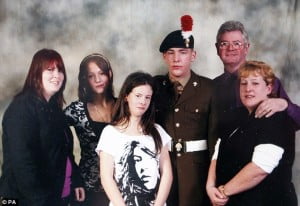 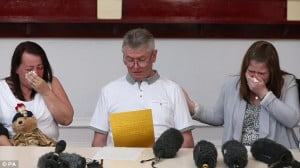 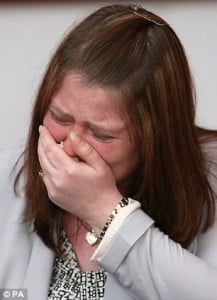