Patti Davis & Ron Reagan are the two children of former US First Lady Nancy Reagan and her husband former president Ronald Reagan who died of Alzheimer’s in 2004. Nancy and Ronald Reagan had two children together, Ron Reagan and daughter Patti Davis; Mrs. Reagan became the stepmother of her husband’s eldest children Michael and Maureen from his first marriage to actress Jane Wyman. 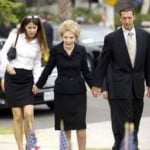 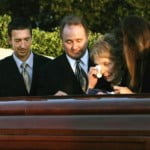 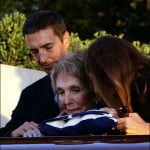 Patti Davis & Ron Reagan’s parents were married for 52 years, their marriage was once described as the US Presidency greatest love, from the day they first met until their death, they never stopped loving each other.

They never took each other for granted. They never stopped courting. He once wrote to her,

“Whatever I treasure and enjoy … all would be without meaning if I didn’t have you.”

When he found out he had Alzheimer, what hurt him the most was how much Nancy would suffer and he couldn’t do anything to protect her.

“I have recently been told that I am one of the millions of Americans who will be afflicted with Alzheimer’s disease…. I only wish there was some way I could spare Nancy from this painful experience,”

Nancy Reagan loved her Ronnie until her last breath. He was 83 years old when he announced he had been diagnosed with Alzheimer’s in 1994, four years later Nancy Reagan spoke about her relationship with her husband. 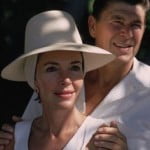 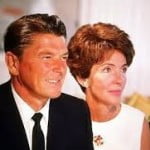 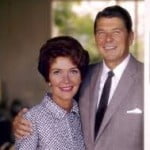 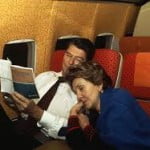 “Our relationship is very special. We were very much in love and still are. When I say my life began with Ronnie, well, it’s true. It did. I can’t imagine life without him.

Nancy Reagan was born Anne Frances Robbins on July 6, 1921 in Manhattan, New York, the only child of Kenneth Seymour Robbins a salesman and his wife actress Edith Luckett. Nancy was still young when her parents divorced in 1928. Her mother then married a political conservative neurosurgeon named Loyal Davis, who legally adopted Nancy in 1935, she then became Nancy Frances Davis.

Nancy Reagan graduated from Girls’ Latin School of Chicago in 1939 and in 1943 from Smith College in Massachusetts with a major in English and drama; her first acting jobs came in 1949 when she appeared in East Side, West Side as Helen Lee then in The Doctor and the Girl where she played Mariette Esmondand also in the t.v series The Philco-Goodyear Television Playhouse, the following year Nancy Reagan starred in Night Into Morning and It’s a Big Country: An American Anthology, Talk About a Stranger and Shadow in the Sky in 1952, Twenty-two Sycamore Road, Donovan’s Brain, The Ford Television Theatre, The First Born in 1953.

In the years that followed, Nancy Reagan was in over 15 films and television series like The Sam Darland Story, 87th Precinct, King’s Ransom, Obituary for Mr. X, General Electric Theater, Money and the Minister, The Playoff, A Turkey for the President, The Tall Man, Shadow of the Past, The Long Shadow, Crash Landing, Hellcats of the Navy, Climax, Bailout at 43,000 Feet, Schlitz Playhouse, The Pearl Street Incident, her last acting role was as Mrs. Baxter in the 1962 t.v series Wagon Train. 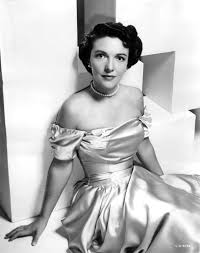 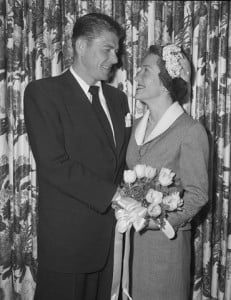 They dated for two years until they married on March 4, 1952 at Little Brown Church in the Valley. Nancy became the stepmother of her husband’s children, daughter Maureen born in 1941 and his adopted son Michael born 1945, from his first marriage to actress Jane Wyman who became his first wife in 1917. 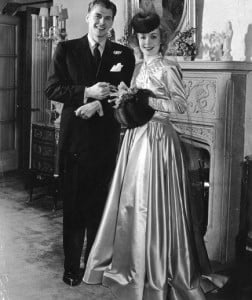 Jane Wyman and President Reagan had another child Christine born in 1947, she day a day after her birth, Mrs, Wyman who passed away in 2007 divorced Ronald Reagan in 1948, they remained friends until their deaths. Jane remarried German-American Hollywood music director and composer Frederick M. “Fred” Karger in 1952, after their divorce in 1965, she became a catholic nun in 1953. She passed away at the age of 90 in September, 2007 of natural causes. 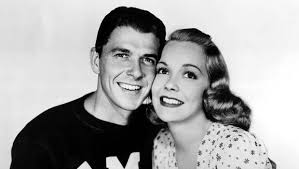 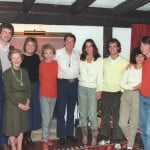 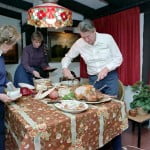 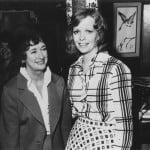 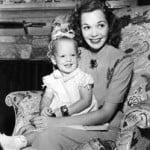 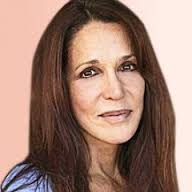 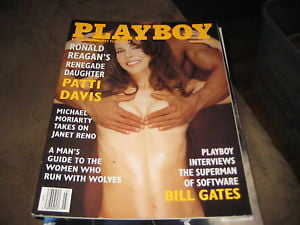 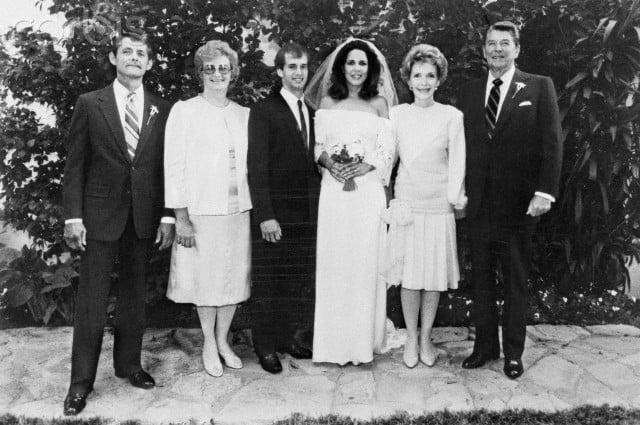 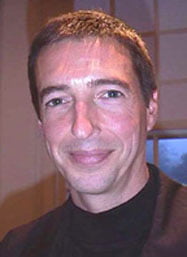 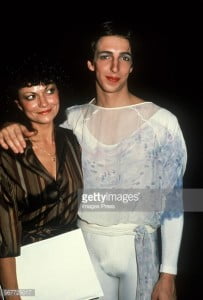 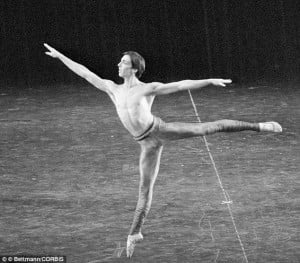 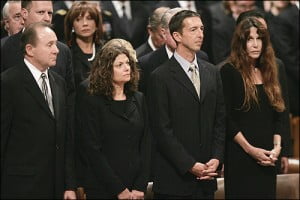 Ron and his sister Patti said goodbye to their mother Nancy Reagan who was buried next to her beloved Ronnie. 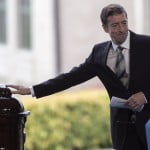 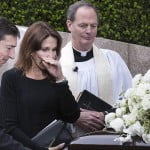 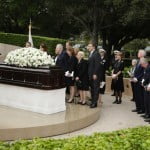