Olubunmi Diya is the longtime wife of British faith leader, Gabriel Diya -who is said to have drowned with two kids while on vacation in Spain.

Olubunmi’s husband and children have been named as the drowning victims while staying at Club La Costa World -a hotel in Spain. According to reports Gabriel Diya and both his children, a son, Praise-Emmanuel Diya and a daughter, Comfort Diya -all died at the hotel’s pool.
Father and son are said to have lost their lives while trying to save Comfort Diya after its believed, she became trapped in the pool on Christmas Eve.
Police later found Comfort’s swimming cap inside the pool’s pump system – suggesting the three family members may have been sucked to their deaths. 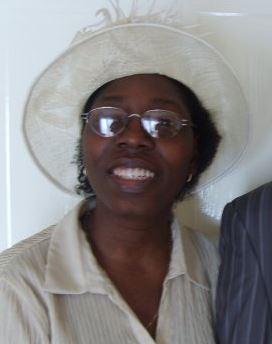 52-year-old Gabriel Diya was orignally from Nigeria but lived with his family in London. He has been named a the pastor at Open Heavens in southeast London, part of the Redeemed Christian Church of God, a Nigeria-based network of religious groups.
The late pastor is survived by wife Olubunmi Diya and another daughter.

Olubunmi Diya who is also a pastor, had been married to her husband for many years. The couple shared three children: 16-year-old Praise-Emmanuel Diya, 9-year-old Comfort Diya and 12-year-old Favour Diya, who survives her father and siblings.

According to reports Olubunmi Diya witnessed how paramedics attempted to resuscitate her husband and children but despite the poolside efforts to resuscitate them, all three died at the scene.

The spouse and mother Olubunmi Diya, is an assistant pastor at Open Heavens. Her husband was also listed as a Property Manager at Flobis Properties Limited and was a former Co-Founder at Missio Africanus.