Eileen Davidson is the wife of late FDNY Firefighter Michael R. Davidson –who lost his while on duty on Thursday night.

Michael Davidson of Engine Co. 69 –who was part of the first engine to respond to the Ed Norton movie shoot fire –began his career with the FDNY in May of 2003. He is said to have done what the FDNY describes as the ‘supreme sacrifice.’ 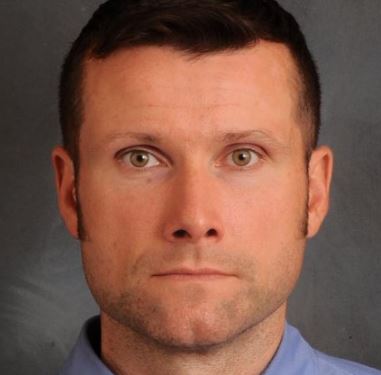 Reports say at one point during the heavy fire in Harlem, Davidson became separated from the team as they retreated due to the rapid deteriorating fire conditions. His body was found unconscious inside the 773 St. Nicholas Ave. building and EMTs were unable to revive him. Davidson had been assigned to the nozzle. He was 37-year-old.

According to the FDNY, Michael Davidson had been decorated for bravery on four separate occasions.

He and his wife Eileen had been married for a few years. The couple shared a home in Floral Park with their four children.

Eileen Davidson is the mother of four children, three daughters aged 7, 3, and 1, along with a 6-year-old son.