Richelle Moh is the proud wife of film/TV actor and businessman, Mike Moh –who appears in Quintin Tarantino’s new film.

Richelle’s husband is a relatively newcomer actor who was casted to play Bruce Lee in Tarantino’s “Once Upon a Time in Hollywood” –about the Mason family murders.

He took to taekwondo at a young age, taking his lesson at age 12 –after watching the Ninja Turtles. He earned his black belt at 14. He is now a fifth-degree black belt in American Taekwondo.

After graduating with a Marketing degree from the University of Minnesota, he made the move to Los Angeles after he was inspired to pursue an acting career by idol, Jackie Chan –whom he met while working as a stuntman on the film Rob-B-Hood. He landed roles in a number of commercials, TV shows, and films like “Street Fighter: Assassin’s Fist” – widely considered the best film adaptation of a video game. You may also have seen him as Triton in Marvel’s Inhumans. 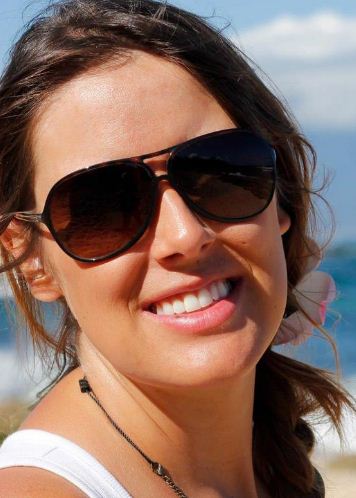 He is also the founder of Moh’s Martial Arts in Madison, WI. –One of the most successful martial arts schools in the Midwest and which he opened in 2013 with his wife, Richelle Moh.

Richelle Moh was born Richelle Kondratowicz –and she also has serious martial arts skills in fact, she outranks him. The couple met through martial arts – as children they trained at the same dojang. But it was years later that the two reconnected and started dating. They have been married since 2007.

Richelle who is four-years her husband senior, received her fifth-degree black belt before he did. The couple spends time training together at Moh’s Martial Arts. She is also the mother of the couple’s three children, two boys and a girl.