Ashley Darby is the proud wife of Michael Darby –best known for appearing on The Real Housewives of Potomac.

Ashley’s husband was recently off the hook following sexual assault allegations. It was reported that Michael had been criminally charged with sexual assault after a cameraman on the Bravo series accused him of groping him back in September.

Orville Palmer alleged that after being groped, he turned around to see Michael giving him a “flirtatious look.” Palmer added that he told Michael to stop and reported the incident to his supervisor.

Ashley took to social media to show her support for her hubby, denying that charges had been filed and denying that Michael had been suspended from the series.

According to People, Michael Darby has resumed filming The Real Housewives of Potomac after prosecutors have dropped sexual assault charges.

Michael Darby is an Australian real-estate millionaire, who is 29 years her senior. The couple dated for a few years and after the nuptials, Ashely became the stepmother to his two children, who are actually older than she is. 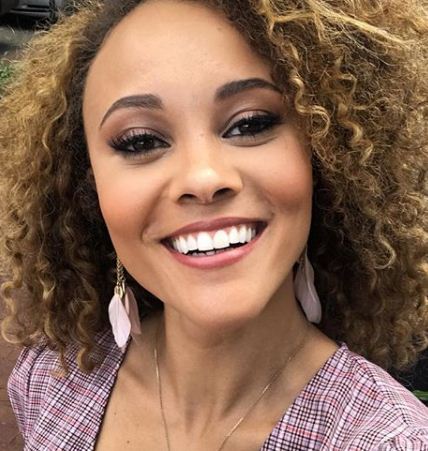 Ashley Darby, an entrepreneur, attended the University of Maryland while working multiple jobs to help her single mother support her younger siblings. While bartending, Ashley was scouted by the Miss District of Columbia Pageant and went on to take the crown in 2011.

Along with her husband, she is the owner of Oz Restaurant and Bar. In addition she is a certified yoga instructor.

Prior to the Bravo show, Ashley Darby previously appeared on another reality TV. Back in 2013 she signed up for TLC’s Say Yes to the Dress.

In the episode, Ashley arrived at Kleinfeld with a $10,000-max budget looking to try on a gorgeous Maggie Sottero gown with a beaded halter top.