Kevin Noonan is the former spouse of Justice, Sonia Sotomayor. His ex-wife was nominated by President Barack Obama as an Associate Justice of the Supreme Court on May 26, 2009, and she assumed this role August 8, 2009.

Sotomayor began her career as a justice enthusiastically, skipping the shy period of settling into the job and beginning to fire questions during oral arguments immediately. The first case she heard was Citizens United v. Federal Election Commission, where she dissented from the majority, which held in favor of the rights of corporations in campaign finance.

The 61-year-old is doing it again. This time, the Supreme Court ruled in favor of the police state, and Sonia Sotomayor is clearly not having it.

Born Sonia Maria Sotomayor on June 25, 1954 in New York City, she is the first Latina associate justice and third female, she is also the 12th to be a Roman Catholic.

According to her bio, Sonia Sotomayor earned a B.A. in 1976 from Princeton University, graduating summa *** laude and receiving the university’s highest academic honor. In 1979, she earned a J.D. from Yale Law School where she served as an editor of the Yale Law Journal. She served as Assistant District Attorney in the New York County District Attorney’s Office from 1979–1984. She then litigated international commercial matters in New York City at Pavia & Harcourt, where she served as an associate and then partner from 1984–1992. In 1991, President George H.W. Bush nominated her to the U.S. District Court, Southern District of New York, and she served in that role from 1992–1998.

She served as a judge on the United States Court of Appeals for the Second Circuit from 1998–2009. 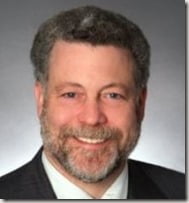 Kevin Noonan and Sotomayor became husband and wife in 1976, following her Princeton graduation. It seemed like the next step for the couple who had been dating since high school.

The former couple took separate ways and amicably divorced in 1983. Kevin Noonan and Sotomayor did not have any children together and it is believed the pressures of pursuing her career was a factor in their break up.

During an interview with Oprah, Sonia of Puerto Rican descent, said of her ex-husband –who wondered if she really needed him:

“It was a difficult issue for him to discuss with me and a hard one for me to hear,” “I loved him. And I knew he loved me. But did I need him in the way that he wanted me to need him? He was probably right that I didn’t.”

Born Kevin Edward Noonan, he is a biologist and a patent lawyer. According to his LinkedIn he is a partner with McDonnell Boehnen Hulbert & Berghoff LLP.

He is a Princeton University (Ph.D.), Molecular Biology; graduate. He also attended the State University of New York (B.S.) and The John Marshall Law School (J.D.), where he graduated *** Laude.

Dr. Noonan posses over 20 years of extensive work as a molecular biologist studying high-technology problems in serving the unique needs of his clients. His practice involves all aspects of patent prosecution, interferences, and litigation. He represents pharmaceutical companies both large and small on a myriad of issues, as well as several universities in both patenting and licensing to outside investors.

He has also filed amicus briefs to district courts, the Federal Circuit and the Supreme Court involving patenting issues relevant to biotechnology. He has authored amicus curiae briefs in landmark patent and other cases in U.S. Courts of Appeals and the U.S. Supreme Court.

Dr. Noonan is a frequent speaker, commentator and author on a variety of intellectual property law topics. He is a founding author of the Patent Docs weblog, a site focusing on biotechnology and pharmaceutical patent law. In 2010, he was interviewed for a segment that aired on the television program “60 Minutes” that addressed the issue of gene patenting.

Sotomayor who said she wouldn’t date lawyers again, was engaged to Peter White, a New York contractor, however the relationship ended in 2000. She has been quoted saying in the past, “I have found it difficult to maintain a relationship while I’ve pursued my career.”

62-year-old Kevin Noonan currently resides in the Greater Chicago Area and is in a relationship with Cheryl Steiger.

You can check out Kevin Noonan on Facebook here.