Jason Bleick is the fashion designer ex-boyfriend of actress, Selma Blair. The former couple was together for about two years and share one son together.

Jason’s baby mama reportedly made a huge scandal on a Delta flight as she and her four-year-old son were making their way back to L.A from their weekend trip to Cancun. According to reports, the Hellboy actress was really messed up and had to be carried out from the airplane on a stretcher!

Selma, who was apparently screaming incoherently during the flight, had mixed alcohol and meds. The pilot radioed ahead and when the plane touch the ground, she was taken to a nearby hospital.

Pictures have surfaced of Selma’s time in Cancun and she is seen having the time of her life along with her son and ex-bf Jason Bleick. There hasn’t been any hint of trouble during their Father’s day weekend in Mexico so it is unclear what exactly got into Blair.

He burns my private parts. He won’t let me eat or drink. He beats me. He’s going to kill me Jason Bleick met the actress, while working together on the EVER fashion line in 2010.

In January 2011, after dating for about a year, Selma and Jason announced they were expecting their first child and that they “couldn’t be happier together.”

The then couple welcomed their first and only child together on July 25, 2011. Selma gave birth to a baby boy whom they named, Arthur Saint Bleick. Little Arthur was born about two weeks after his due date and it was described as one of Hollywood’s most anticipated births at the time. 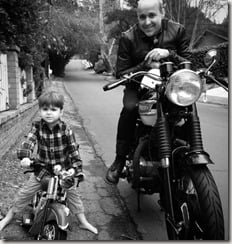 Action Sports and fashion industry veteran and designer Jason Bleick, hails from executive and design consulting positions at major brands like Quiksilver, Volcom, and Analog and launched his own brand EVER in the late ’90s.

The founder and former creative director at Ever, founded the Bleick Studio, INC. in 2011. He is listed as its current Chief Operating Officer. He’s also served as a consulter  with brands reflective of his Los Angeles surfer roots. Among his apparel design and brand identity clients are Hang Ten Gold, Volcom and Citizens of Humanity.


Jason Bleick and Selma announced their separation in late 2012, after two years and one child. Selma was previously married to producer Ahment Zappa –son of Frank Zappa –back in 2004, her marriage to Zappa ended in divorce in 2006.

Bleick and Selma have remained close following their split.