Michele Ratcliffe is the wife of politician and attorney, John Ratcliffe -who serves as the congressman for Texas’s 4th district.

Michele’s husband is said to have ‘destroyed’ key parts of impeachment testimony given by US envoy to Ukraine in just 90 seconds. According to reports, Ratcliffe deconstructed Bill Taylor’s evidence to the House Intelligence, Foreign Affairs and Oversight committees yesterday.

John Ratcliffe attended the University of Notre Dame and later obtained a law degree from Southern Methodist University.
He made his name in Congress as one of the GOP’s most dogged critics of perceived anti-Trump bias at the FBI and in the special counsel’s investigation of his alleged Russia ties.
Ratcliffe, who was first elected to the House in 2014, sits on the powerful House Judiciary and Intelligence committees, both of which are investigating President Trump for suspected financial crimes, foreign collusion and obstruction of justice.
He’s been happily married to wife Michelle, for years. 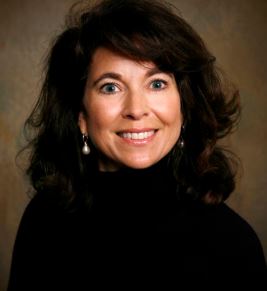 Michelle met her future husband while attending Southern Methodist University. The two have been married for nearly three decades. Michele became Mrs. Ratcliffe in 1990. Since their nuptials the two have welcomed two children.

Michele Ratcliffe is the mother of the couple’s two daughters, Riley and Darby Ratcliffe. Oldest daughter Riley, is currently a student at Texas A&M University.

Michele Ratcliffe is a Michigan native born January 27, 1965; and like her husband, an attorney at law. According to her LinkedIn, she is an attorney at Lamberth Ratcliffe Covington PLLC, Attorneys and Counselors. According to a proifle, the spouse and mother of two has more than 26 years of combined civil and criminal litigation experience as an AV rated attorney, federal prosecutor and court appointed mediator and guardian ad litem.
After 13 years of private practice, Michele served our country as a Federal Prosecutor for the Eastern District of Texas. In 2005, Michele returned to private practice with Brad Lamberth in Rockwall.

Congressman Ratcliffe is vocal when it comes to his wife, every year in May he posts to social media a photo of the couple to whish her a happy wedding anniversary. For mothers’s day he wrote on Facebook ‘Wishing a happy Mother’s Day to my wonderful wife, Michele, who’s been an incredible mother to my two beautiful daughters. I can’t thank you enough for the amazing sacrifices you’ve made in this role’

The family live in Heath, Texas.