Katie Alwood is the mother of nine-year-old Kyle Alwood, charged with murder for intentionally setting in his family home on fire.

Katie’s son was charged in an Illinois court on five counts of first-degree murder and multiple counts of arson for allegedly starting the fire back in April. The nine-year-old boy has been reportedly diagnosed with multiple mental disorders. She gave birth to her son Kyle while in high school.

Katrina or Katie Alwood, who is the only survivor along with son Kyle -lost in the fire her two other children, Kyle’s younger siblings, one -year-old Ariel and two-year-old Daemeon Wall -were killed. Katie’s two-year-old niece, Rose Alwood, her grandmother, 69-year-old Kathryn Murray, and her fiancé, 34-year-old Jason Wall, also died in the blaze. Prosecutors said most of the victims were asleep when the fire broke out.

Since the fire, the devastated mom, received a gag order to stop her talking about the case. However Ms Alwood spoke to media outlets prior to the order, and revealed to CBS News her Kyle suffers from ADHD, bipolar disorder and schizophrenia.
She reportedly told the outlet her son was a “loving boy who deserves a second chance”. 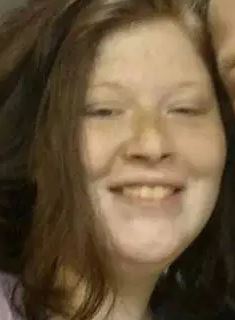 “Everyone is looking at him like he’s some kind of monster, but that’s not who he is,” “People make mistakes and that’s what this is. Yes, it was a horrible tragedy, but it’s still not something to throw his life away over.”

She stands by her son despite the incident and reportedly told CBS News that while she believes her son should be punished, the judge should also consider her son’s mental condition. She continued

“I did lose, you know, my family too,” the mother told the outlet. “But I forgive him. I love him not matter what.”

“I stood at the window and I told my kids I was sorry I couldn’t save them,” “Mommy was right here and I loved them. You know, so, at least hopefully they heard that. I told Jason I loved him … And then something told me that they’re gone.” “I don’t know what’s worse. Hearing him scream or when it stopped,”

The nine-year-old was reportedly accompanied by his paternal grandfather to the court hearing. A pre-trial hearing has been scheduled for next month.