The controversial 2014 death of Garner is still under investigation and sources tell The Post, Washington-based federal prosecutors plan to pursue charges against NYPD cop Daniel Pantaleo for the chokehold death of Eric Garner on Staten Island.

The news comes after the Department of Justice replaced New York-based FBI agents and federal prosecutors who reportedly do not believe charges should be brought against Pantaleo.

Garner, 43, had been confronted by Pantaleo and another officer for allegedly selling “loosies” — untaxed cigarettes — on a street corner in Staten Island, before Pantaleo put Garner in a chokehold.

While being held face down, Garner repeated “I can’t breathe.” Garner was pronounced dead an hour later. His last words became a slogan of numerous protests against police brutality.

The news should come as a relief for Garner’s family including, baby mama Jewel Miller. 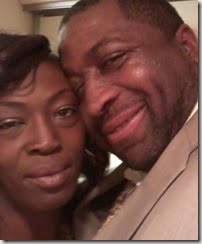 The existence of Jewel Miller and her two-year-old daughter Legacy, didn’t cause much of a joy to Garner’s widow, Esaw Garner and their four children.

Some members of Garner’s family questioned the paternity of the girl and a DNA test had to be done to confirmed whether Garner was in fact her father. 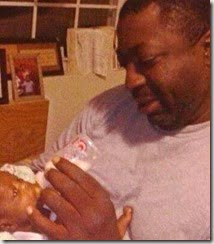 After the test came out positive, Jewel Miller and her daughter in particular, instantly got in line to receive the largest share on the city’s payout.

Jewel Miller stepped forward and told news outlets last year, Eric’s wife and kids knew about her daughter’s existence but did not want Legacy to be part of anything ‘so they could keep the happily married husband and wife together which was the farthest thing from the truth” 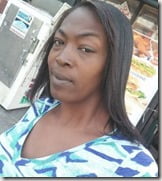 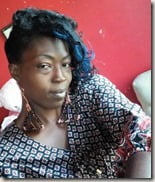 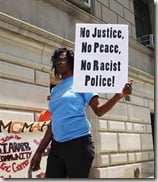 The case could be settled for as much as $6 million depending on whether the Justice Department brings a federal civil rights case against the cops. Since Jewel Miller’s daughter is the youngest heir, she would be entitled to the bulk of the payout.

Jewell Miller also said she and Eric lived together for three years. She gave birth to Legacy in April 2014. Legacy was born a premature baby. Mrs. Miller is also the mother of four other children.

The mom of two also made headlines after her home was burglarized last year, a short time later after she revealed her relationship with Garner. The 40-year-old mom resides in Staten Island.