Sandi Graham and her famous son, have been by far one of our favorites mother-son duos out there. Drake has never been afraid to show his sensitive side and specially when it comes to treat and take care of his mother.

We’ve seen Drake bringing Sandi along numerous times, whether is a red carpet event or just having fun on an outing.

This time they got together to celebrate a very special occasion, Drake’s 30th birthday.

According to reports, Drake made sure his birthday was a family affair by taking his mother to exclusive Nobu restaurant in Los Angeles.

Drake celebrated his landmark birthday in style at Nobu. The Canadian rapper was joined by his mother Sandi Graham, close friends and a security team. Drake’s mom brought a male friend with her, believed to be her partner. 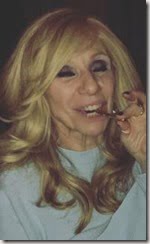 Through the years we’ve learned Drake and Sandi Graham have always had a close relationship and he is known for his dedication to the lovely lady. As result, Drake has been called and called himself a ‘mamas boy’ in more than one occasion, something that he even seems to say proudly.

Unfortunately, Drake revealed in past interviews his father didn’t stick around and it was Sandi who raised him by herself.

The Jewish and tiny lady, has always been there for her son. She’s always looking out for him, and is in total support of his connections to his emotions.

Drake has said he pretty much wouldn’t be where he is if it weren’t for mother Sandi Graham. 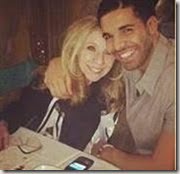 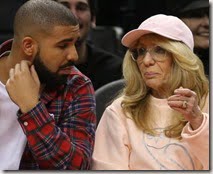 To retribute in some way the love and support, Drake has dedicated several songs to her. Drake clearly knows what his mother gave him, rapping about her on a ton of tracks, but especially on “You & The 6”

Congrats to Drake and of course to his ace of a moma!

Sandi is active in social media. You can check her out on Twitter here.