James Ramsey is the husband of missing flight passenger, Jennifer Blumin. Recent reports say his designer wife, vanished along with three others while flying near the Bahamas on Monday.

James’s ex-wife is a well known event space designer in New York. She, the couple’s two sons and the pilot disappeared from Miami’s Traffic Control radar after their small aircraft was heading to Florida from Puerto Rico.

The plane’s pilot has been named as 52-year-old Nathan Ulrich, currently said to be romantically involved with Mrs. Blumin. An air-and-sea search has been launched since Monday.

Jennifer Blumin’s work is well known in the east-coast. She is the head of design firm Skylight Studios, launched in 2004. She has done numerous interviews over the years, profiling her business. 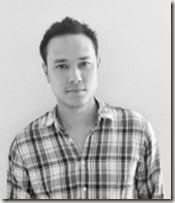 James Ramsey and Jennifer Blumin had been in a long time relationship for years.

It is unclear if the two are still legally married or what cause the couple to split. As of 2015 they were still living together in the couple’s 19th century loft –now listed in the market at an asking price of $3.7 million.

James Ramsey and Jennifer welcomed two sons during their years of blissful relationship: Phineas and Theodor. 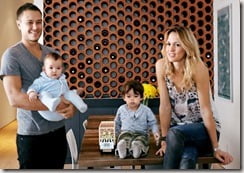 James Rmasey is also a big name in the design world. The NY architect founded his own company, Raad in 2004. He is currently listed as principal of the architecture/design firm Raad.

According to his website, Ramsey is also the creator of Lowline and inventor of the Remote Skylight.

According to archdaily, Ramsey came up with a fiberoptic technology that would allow you to bring natural light (and thus grow plants) underground.

James Ramsey who attended Yale and received a Bates Fellowship to study Cathedral design in Europe, previously worked as a NASA engineer. After his time in NASA he worked at DMSAS in Washington D.C. and later was a teacher at the Parsons School of Design.

His ex- wife’s new man, Nathan Ulrich is a mechanical engineer according to the NY Daily News. The University of Pennsylvania alum, Ulrich is also the technical director of Radon Sport LLC, a race car design and manufacturing firm. He used to be married to actress, Rae Dawn Chong.