Jeanette Finicum’s husband, Robert ‘LaVoy’ Finicum was shot dead on Tuesday night as the militia standoff near Burns, Oregon, appeared to come to an end.

Since January 2, activists had been occupying the Malheur National Wildlife Refuge in Oregon. During last night’s clash between protesters and federal officials, 55-year-old LaVoy Finicum and another occupation leader, Ryan Bundy, resisted orders to surrender, The Oregonian reported.

Finicum – along with militia leader Ammon Bundy and four other men – was stopped while driving down a rural highway outside of the refuge, according to the FBI. During the arrest, shots were fired, killing Finicum.

Famously, he had said in an interview with NBC News, earlier this month, that he would rather be killed than arrested saying, “I have no intention of spending any of my days in a concrete box. There are things more important than your life and freedom is one of them. I’m prepared to defend freedom.”

LaVoy Finicum described himself on social media: “Rancher, Loves Freedom and willing to fight and die defending it.”

He is survived by his wife, Jeanette Finicum, their 11 children including daughters Arianna Marie Brown, Thara Tenney, Catrielle Finicum, Tean Finicum, Challice Finicum Finch as well as a number of grandchildren. 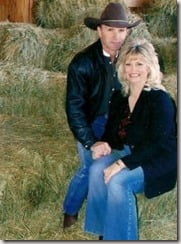 According to her LinkedIn, Jeanette Finicum is a HCTC Theraputic Provider. She lists foster care provider as her full time job. Jeanette Finicum and her husband took under their wing 11 foster children.

They were kids the couple took in, troubled kids with criminal histories. During the standoff, Finicum complained that the state had taken away the children because of his high profile role with the militia. 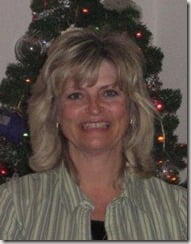 My heart goes out to Jeanette and her family, as well as Guy Finicum and his family. LaVoy was a gentle and powerful man. Not afraid to face death, not afraid to give his all to a cause he believed in. I honor him tonight, amidst the all the shame and scorn. LaVoy Finicum was a righteous man, and I was privileged to know and work with him and his family.

Jeanette’s husband became de facto spokesman for the small band of armed men. Since the occupation began he had been making headlines repeatedly. One of his daughters Arianna, said:

“My dad was such a good good man, through and through,” “He would never ever want to hurt somebody, but he does believe in defending freedom and he knew the risks involved.”

We send our condolences to Jeanette Finicum and the rest of LaVoy’s family and friends.