Jazz Egger is the international model whose insights and revelations about the modeling industry have caused major shock.

Egger was born in Austria but is currently based in London –where she moved since age 18. According to her website she is also an actress and music journalist. She was a competitor in the final of Elite Model Look in 2013 and is currently represented by a number of agencies around the world, including: Named Models in London, MJF Actors Beverly Hills in Los Angeles and Michael Koh in New York.

The 5’ 10’’ dark blonde was born July 26, 1997 and has been modeling since she was a teenager. She began her career at age 13 and also participated in Germany’s Next Top Model. 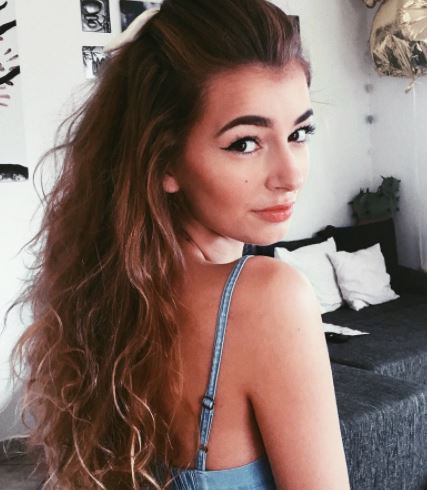 It was last November that Egger began speaking about what happens behind closed doors within the fashion industry. Now she is mostly known for doing it so. In 2016, she re-captioned her Instagram photos using the hashtag #TruthBehindThisShot.

She began spilling the bens on the industry’s darkest secrets like sleep deprivation and what she described as “the pressure to be underweight.” At the time she also revealed she was once told her hips were “too big” for London Fashion Week.

Her story was featured on TV and was covered by several magazines –saying she came forward about the industry’s perception on body image by encouraging girls to love themselves for who they are.

Now the 20-year-old is speaking again, this time about prostitution in the modeling world. The brown eyed model revealed she was offered to have *** with a very well-known actor for money.

Jazz Egger claims even big agencies and established models are involved in these kinds of ‘underground dealings’. Jazz added that although she respects the ones who choose to do it, she will not sell her body in that way.