Jamison Stead is the ex-boyfriend of late Mia Ayliffe-Chung, the young woman who was stabbed to death at a hostel in Australia.

According to reports, Mia Ayliffe-Chung who is from Derbyshire was backpacking when she was attacked. A French man who allegedly said the Arabic phrase “Allahu akbar” during the attack, was arrested.

According to her social media, 21-year-old Ayliffe-Chung studied Studied Childcare at Buxton college.

Mia was staying at Shelley’s Backpackers in Home Hill for the past few months after moving from Surfers Paradise, on Australia’s Gold Coast.

She was just days into a three-month trip working with animals when she was killed. She had previously worked as a waitress at the Bedroom Lounge Bar before making an 800-mile trip north to work outdoors.

Jamison Stead described Mia as a “beautiful soul.” The couple had a brief romance after meeting last April through friends. He said she had fallen in love with the outdoors and is sad to know she won’t get to do all of the things they once discussed. They had recently split up. 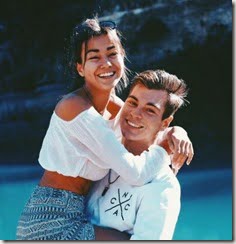 Stead paid tribute to his lovely girlfriend by posting on social media two pictures with Mia and writing in his post:

Thank you for the memories.” 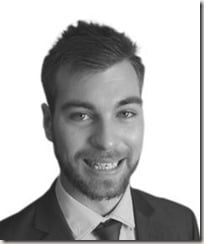 According to his Facebook page, Jamison Stead attended Freshwater Senior Campus in Brookvale, New South Wales, Australia. He also studied at Northern Beaches Secondary College in Sydney, Australia and went on to study photography at CATC Design School from 2012-2013.

He is the CEO and founder of Jamison  Dean Photography –which short description reads, producing high standard professional imaging services for several years. Jamison is also the founder of  J.S.E. Photography.

He currently works in sales and marketing. According to his profile on Kennedy marketing solutions, Jamison Stead started within Kennedy Marketing Solutions not necessarily looking for a long term career but more for self-development. Jamison began quiet timid within the location but is the now one of the loudest personalities in the business.

He is described as “a true reflection of what it means to push yourself outside your comfort zone and thrive with all of the new challenges and opportunities that come his way.”

One of the theories to Mia’s tragic death, is that her attacker could have been obsessed with her and got upset after she turn him down. The case  is still under investigation.

He has been living in Burleigh Waters since 2015. You can find Jamison Stead on Instagram here.