Lunden Alexis Roberts aka Lunden Roberts, is the woman who had a brief relationship with Hunter Biden, the only living son of US President Joe Biden.

Lunden Alexis Roberts, Lunden Roberts remains known for her romance with Hunter Biden. Her name first surfaced a few years ago when the couple’s relationship became public.
Truth be told, Lunden Alexis Roberts, Lunden Roberts became just ‘another notch’ in Hunter’s belt; the businessman with the famous last name has had numerous romances. Hunter Biden has had some short, some crazy and some international lovers.

Here we’ll tell you all about Lunden Alexis Roberts, Lunden Roberts and other significant women in the life of the controversial Biden.

We’ll begin from the beginning and that leads us to Kathleen Biden. She is widely known as the first wife of Hunter Biden.

The two were married for over two decades, first separating in 2015 and later officially divorcing in 2017.
At the time of their nuptials, she was 24 and Hunter was 23 years old. The two had met while he was a member of the Jesuit Volunteer Corps Northwest. 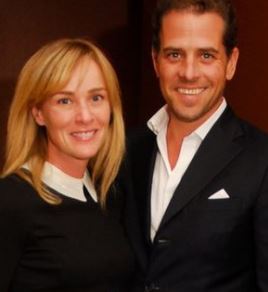 Fast forward over two decades later and things got ugly when in 2016, Kathleen filed for divorce and accused then husband Hunter in court papers, of blowing family savings on drugs and prostitutes.
She claimed Hunter was “spending extravagantly on his own interests including drugs, alcohol, prostitutes, strip clubs, and gifts for women with whom he has sexual relations.”

In April 2017, Kathleen broke down in tears before a judge because of the divorce. She told a judge that she and Hunter had lived apart for six months up until that point and would not be able to reconcile.

Kathleen A. Biden was born Kathleen A Buhle in Chicago, Ill; she graduated in 1987 from Saint Ignatius. She holds a Bachelor of Arts from St. Mary’s College Minnesota. 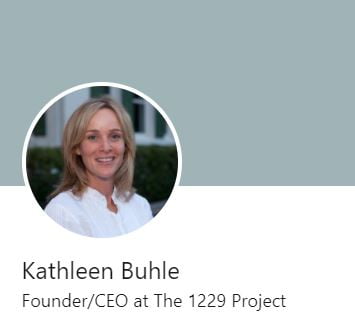 According to her LinkedIn, the blonde is also the founder/CEO at The 1229 Project. In the past she served as Chairwoman for the Eleanor Roosevelt Dialogue (CSIS) and was also a freelance writer at PYPO. She writes in her profile:

Experienced Director Of Strategic Partnerships with a demonstrated history of working in the legal services industry. Skilled in Partnerships, Strategic Planning, Communication, Fundraising, and Writing.

How many children do Hunter Biden and Kathleen Biden have together?

During their 24-year marriage, Hunter and Kathleen Biden welcomed three daughters together; Naomi, Finnegan, and Maisy. 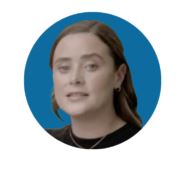 26-year-old Naomi Biden is the eldest grandchild of President Joe Biden. Naomi is named for her late aunt (Biden’s daughter from his first marriage), who died in 1972 in a tragic accident. Naomi is Hunter and Kathleen’s eldest child. She graduated from Columbia Law School, and was also a classmate of Tiffany Trump while studying for her undergraduate degree at the University of Pennsylvania. 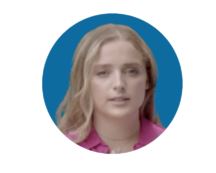 Naomi’s younger sister, and the second of Hunter Biden’s daughters, Finnegan, is named after her great-grandmother, Catherine Eugenia Finnegan Biden. She campaigned for her grandfather’s 2020 candidacy quite regularly. 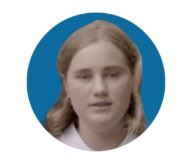 The youngest of Hunter and Kathleen Biden’s daughters, Maisy, was a fixture at her grandfather’s side since he was Vice President. Not only did she campaign for him during the 2020 election, she also went on a number of official trips with him during his VP tenure. Maisy is also reportedly very close to Sasha Obama.

Inside Hallie Biden and Kathleen Biden’s Past Friendship

Around the time of Kathleen was divorcing from Hunter Biden, it was revealed that he had began dating Hallie Biden; as in his late brother Beau’s wife Hallie Biden.

At the time, numerous reports surfaced revealing that Hunter had been cheating on Kathleen wiht the widow of his brother. Beau died in May 2015 after a battle with brain cancer at age 46. 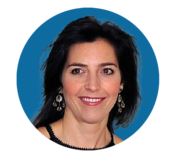 Hunter shocked the world when he confirmed the news in a statement to the New York Post’s Page Six column,
“Hallie and I are incredibly lucky to have found the love and support we have for each other in such a difficult time, and that’s been obvious to the people who love us most. We’ve been so lucky to have family and friends who have supported us every step of the way.”

Hallie Biden, the widow of Beau, lives in Wilmington, where she has worked as an admissions counselor at her high-school alma mater, the Tatnall School, and currently sits on the board of the Beau Biden Foundation.

There was a time when Kathleen Biden and Hallie Biden were close, of course it was before the latter began dating her husband. As the former daughters-in law of VP turned President, Joe Biden, they shared tons of memories together. During an interview in 2013, Kathleen said

“We’ll get our hair done, put our makeup on with all the kids running around”

After her husband’s death, Hallie dated his brother, Hunter, for two years. However, that relationship also ended as Hunter told the New Yorker, “We were sharing a very specific grief.”

Is the turn for the story between, Lunden Roberts and Hunter Biden.

Following his divorce from Kathleen Biden and his subsequent break up with the widow of his brother, Hallie Biden; Hunter found love again with Lunden Alexis Roberts, Lunden Roberts.

Their relationship came under the spotlight when Lunden Alexis Roberts, Lunden Roberts revealed to the world that she had given birth to a child and that Biden was her baby daddy.

The pretty blonde gave birth to a baby; following a relationship with Hunter Biden. She made headlines after she sued him for paternity and child support. 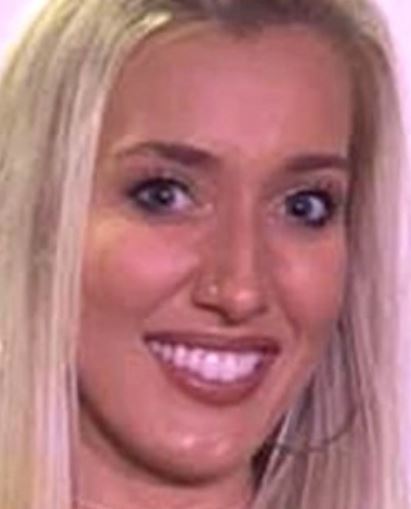 Robert alleged at the time that Biden was the father of her 10-month-old baby, she filed a 2-page “petition for paternity and child support.” In the docs she asks the court to “establish paternity of the child, finding that the defendant is the child’s biological father.”

Biden, initially denied that the couple had ever had intimacy. A DNA test subsequently established, that he is in fact the baby daddy.
The couple’s baby referred to in court documents as Baby Doe, was born in August 2018.

Last year, a judge told Biden that child support he must provide and he also agreed to reimburse Roberts for the cost of their baby’s health insurance.

It was later revealed that Lunden Roberts and Hunter Biden met while Roberts, an Arkansas State University graduate, was living Washington.
At the time, Lunden Roberts was apparently working as a stripper at a club that Biden often visited.

She apparently worked under the name Dallas, at the Mpire Club.

Who is Lunden Alexis Roberts

Lunden Alexis Roberts is a native of Arkansas, she is the daughter of Rob and Kimberly Roberts. She is currently in her early 30’s. Her father, owns a successful gun customization business.

Lunden Alexis Roberts hails from Batesville, Arkansas. She attended Southside-Batesville High School, where she was an all-conference and all-state basketball player and an all-state softball player.

She was a McDonald’s All-American nominee and played for the Arkansas Mavericks AAU team, helping lead them to a state championship and a fifth-place finish in the 2008 AAU National Championships. 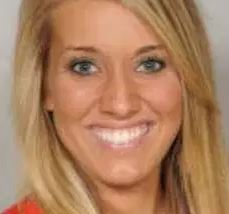 Last year it was revealed that Lunden Alexis Roberts named, her and Hunter’s child, Navy Joan Roberts who was known as Baby Doe in court papers. 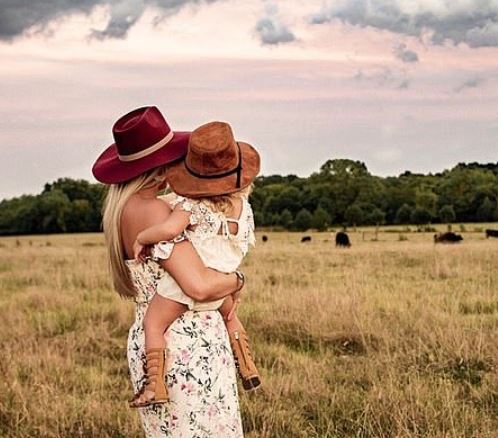 Navy Joan Roberts, who was born in 2018, became Joe Biden’s seventh grandchild. Baby Navy is being raised in Arkansas by her mom.

At the time she came under the spotlight, it was announced through her lawyer that she declined to comment on the nature of her relationship with Hunter Biden saying at the time she didn’t want a media spectacle and adding that she values her privacy.
At the time, most of her social media was eliminated.

Around the same time Lunden Roberts spoke about her relationship with Biden, it was also revealed that he was already in another relationship. This time, with current wife, Melissa Cohen. 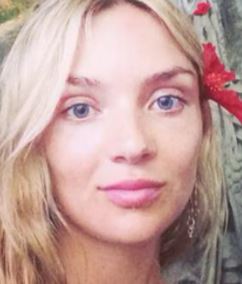 Melissa Cohen who is a South African beauty, actually became his second wife in 2019. The couple welcomed a son in 2020, and named the baby boy, yup you guessed it; Beau!