30-year-old Faigy Mayer ended her life on Monday night after she leapt 20 stories off a New York City rooftop bar! Reports say Mayer appeared in a documentary a few year ago and shared her struggle about her Hasidic upbringing.

She is described as a tech entrepreneur, according to her LinkedIn she was the Founder, CEO and IOS developer at Appton.

Mayer who was a NY resident, had quite the resume. She spoke English and Yiddish, graduated Summa *** Laude from Touro College –which attended from 2004 – 2008 –with a Bachelor of Science, Accounting. She also attended City University of New York-Brooklyn College for a Master of Science, Accounting, with a GPA: 3.66 and had a Certificate, Data Science Specialization from The Johns Hopkins University. 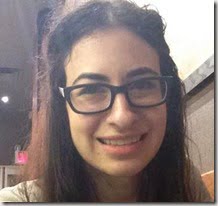 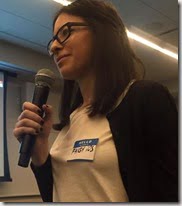 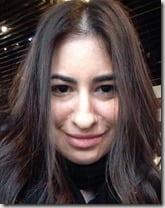 She was a volunteer and supporter of different cuases including Poverty Alleviation, Science and Technology and Social Services. In 2012 she volunteered at FIRST and in 2014 she volunteered for Footsteps, Inc.

She was a bookkeeper for BlueSwitch, a DataBase Specialist at Exterm A Pest, an accounting assistant at The Jockey Club, a Technology strategist at Broadway Suites and an IOS consultant at META Kreative.

According to her summary she was looking to apply her expertise in iOS app development, social media strategy, and public speaking.

According to witnesses, Mayer –who grew up in Williamburg’s bustling Hasidic Jew community but rejected her strict religious upbringing –ran through a group from a big corporate party –she went over the wall and landed on the sidewalk of West 27th Street, 20 stories below from 230 Fifth Rooftop Bar in the Flatiron District.

Faigy appeared in a 2012 documentary titled Inside Hasidism in which she explains she eschewed Hasidism and because of that was thrown out of her home by her own parents.

It is not known if she had been drinking, the corporate party continued after the tragedy.