54-year-old Actor Sean Malone was in critical condition in a hospital in Boston after a near drowning incident on July 21. He passed away a week later at 8:00 p.m on July 29, 2015. He was surrounded by his parents, siblings and his only son Sean Thomas.

He was found floating face down in the ocean off the M Street Beach. Reports say his body was pulled from the water by an off duty firefighter and three local teens. A local TV news station said he found himself in trouble after swimming a long way out.

Sean Francis Malone –a South Boston native was born  Jan 1st 1961; the son of Sean Malone Sr. and Kathleen A Malone–appeared in the movies Gone, Baby, Gone where he played Skinny Ray Likanski, he was also in the 2010 film, The Fighter as Wolfie.

His brother is Deputy Fire Chief of the Boston Fire Department, Scott Malone. 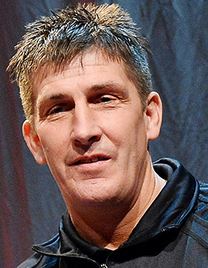 PinHis last work was his role in the 2014 movie “The Forger” alongside John Travolta. The Daily Mail says a firefighter by the name of Chris Flaherty noticed ho far out Malone was swimming, next thing he known he grabbed a paddleboard to try and reach him but couldn’t find him.

With the help of three teens on a speedboat they were able to find Sean, who was by then unconscious. The actor was taken to the hospital where his condition was said to be critical Monday night.

Family and friends were grateful for the fast response of everyone involved in getting Sean back to shore, his son Sean Thomas Malone posted a message on his father’s Facebook account and thanked everyone for the support he and hi family received. 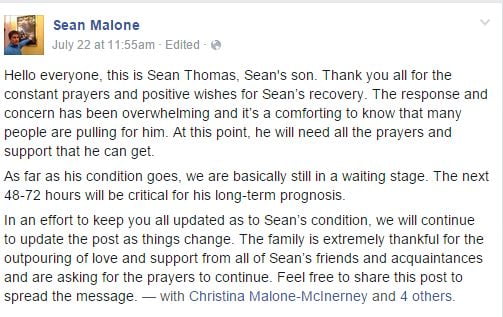 20-year-old Sean Thomas Malone is an athlete of the Track and Field team at The Rochester Institute of Technology from where he will graduate in 2019.

Sean is a two-time Catholic Conference champion and All-Star,  and won two silver medals at the New England Championship in 2014. A year earlier while he was still attending at Boston Collie High School Sean became the 2013 Outdoor track champ. 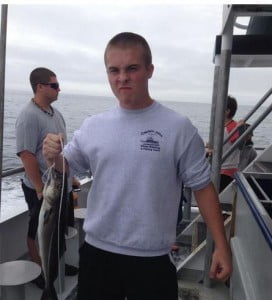 We found an article that talked about Sean’s sisters Courtney and Lauren and also mentioned his mother Carolyn MacKenzie, 40, a Boston resident.